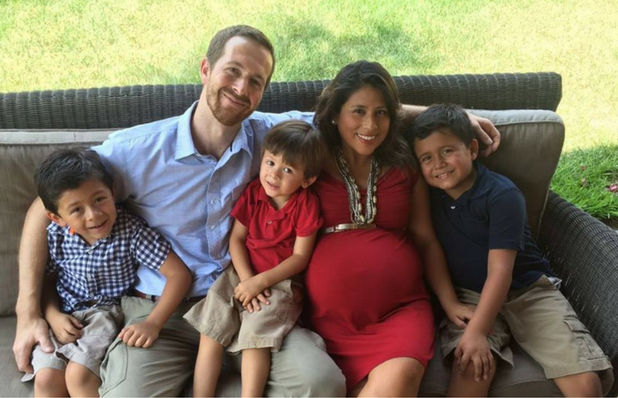 God Forgive me! I confess this sin to you and renounce it in the name of Jesus! Break the cycle of dishonor over my family now!”

It was a warm summer night in February when these words were spoken in tears. As I sat with 7 men from our church, at a special inner healing retreat called “The Ancient Paths”, many broke down sobbing. As the Spirit moved, one by one they began to call out to God the Father in a voice of repentance. And as I listened, there were 5 other groups of men and women from our church in different places around the camp doing the same thing. Let me just tell you, after years of working with people, some of which you make little progress with…. The conviction of the Holy Spirit to repentance is a beautiful thing. Sexual sins of every type were brought to light and renounced. And the foundation of repentance was laid to prepare for the healing work of the blood of Christ.

In this retreat we saw 5 people put their faith in Christ. One couple that had been coming to our church off and on for 2 years, made the decision to give their lives to Christ! Many people walked through the process to open their hearts to receive healing for deep wounds and blessing over their identity. We followed up through the month of March with 4 weeks of “process” meetings on Thursday nights. Many who didn’t have the bravery to open up in the retreat were touched. In one powerful case, a mother and daughter were moved to ask forgiveness and restore their relationship right within the group.

However, hands down the most powerful thing were the testimonies. Asking for people to give testimonies in church can often be difficult, because they are nervous or often times they simply don’t really see the power of God moving in their lives in a way that inspires them to share with others. The Sunday after our retreat (and in multiple services since) there were testimonies for over an hour! One precious lady named Jessica shared how her “Christian family” had been controlled for so many years by the power of appearances; but that she finally was able to open her heart and admit she needed healing and begin this process.

As a result of this work, we have seen and felt God calling the body of Christ here to realize their need for prayer. We decided that, before we did or taught anything else, that we should unite together in prayer. So we launched a campaign called “Try God out- 40 days of prayer”. The idea is that often times we try everything to look for the peace and answers that we seek, to no avail. But if we actually were to completely throw ourselves at the feet of Christ in faith, there would be NO LIMIT to what he could do! We organized coordinators (4 couples) who are in charge of early morning, mornings, afternoon, and evenings. Then we have challenged everyone in the church to pick an hour of the day and dedicate that hour to prayer for their life, family, our church, and community for the next 40 days. It has been crazy to see how the people have come alive in this. Often times I think we see little effort because we ask for little commitment. The busiest hours of prayer right now are 2 and 3am. And God is already beginning to answer their prayers. During this campaign, we are teaching a Bible course called “The Powerful Life of Prayer” every Tuesday at 6am for men, and 9am for women. God has been working greatly in the lives of the students through this. Also we have began a prayer service on Thursday nights.

This week a woman named Exi received Christ in the woman’s meeting on Tuesday. Last night she brought her husband Elmer to the prayer meeting and he received Christ as his Lord and Savior as well! As a part of this campaign we are praying for our community. For Easter, we had a special family service last Thursday to celebrate the death, burial, and resurrection of Christ on the cross. We also shared communion together. It was amazing to see many of the children who have put their faith in Christ participate along with their parents (including My sons Santiago and Caleb). Then on Saturday night we went to the Plaza de Armas (town square park) and showed the Jesus film to our community on a huge screen. I want to specifically ask for your prayer this month. Progress comes with opposition. We have been under attack emotionally, and also have had many things (equipment, vehicle, etc) break down. Pray for God’s protection over our minds, hearts, children and possessions. Also pray for us as we pray for a pastor to guide this church and continue to grow it when we go on furlough at the end of the year. We really need God to show up here. 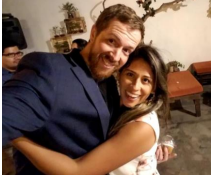 Thank God with us for 8 people that received Christ this week! Please pray for their follow up and growth, as well as for many more to come to him. And as always thank you so much for your prayers, and sacrificial financial gifts. We truly are thankful to have you as a part of our team. We praise God for each one of your lives every month when we see your names on our giving report.