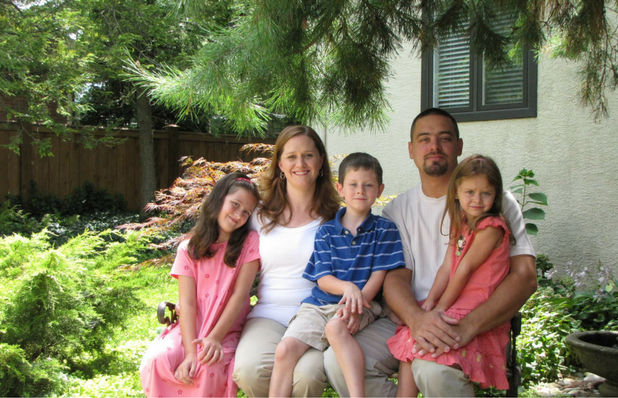 This month we hosted a ground breaking ceremony for the church in Bellemu. Normally this ceremony is done with the express purpose of raising money for the church building, but praise God it was purely a celebration for what God has done. One of our good friends and supporters sent the full amount for the proposed building. When I told the church the news they were overjoyed. At the ceremony one of the leaders of the church told a story I had never heard before. He said that he was apart of the church in Bellemu before, but everyone stopped meeting so he had to walk to a neighboring village to meet for service. He said he began to pray that God would send someone to help him restart the church there. At the service, he said that he believed that I was that man. So here we are, breaking ground for the building with a renewed spirit in Bellemu. Please pray that God would use the church in Bellimu to reach people for Jesus. We truly celebrated the goodness of God and we used the time to recount all that God has done to bring us to this point. It was a testimony to all who were in attendance. Thank you for praying for the church at Bellemu and for all who have contributed to this project. 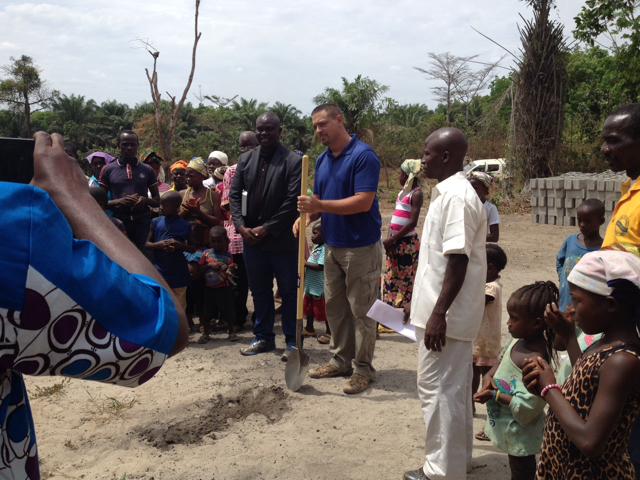 As of today, the walls are almost done (see pictures on facebook) and we hope the building will be completed by the end of the month. The church building will be a basic skeleton with parts they will have to finish by themselves. This gives them a sense of pride for their accomplishment and forces them to be frugal with the money people have sent. People here often rely totally upon foreign money to build everything but this makes the church completely dependent upon missionaries. It is important for the church to have a part in the building process and contribute their portion. The people in Bellemu have been doing all they can to complete this project. Please pray the God will provide the resources to them to finish.

Nervous about the future...

The picture below was at a recognition service at Ojuku's school. Ojuku was recognized as one of the few who made the honor roll for his tenth grade class. We are very proud of the accomplishments he is making, but he is taking a lot of fire simply because he lives with us. If you know nothing about Liberia, there is a beautiful social facade that everyone maintains strictly for appearance. But, underneath the truth is that we are not really accepted within our community. We are merely tolerated because of the financial benefits we add to the community. People want us to believe the facade, but we have come to know how things really work. People pretend to be good, Christian people but are involved in all kinds of wicked things. Teen girls who sing in the choir will often disappear from church for nine or ten months only to reemerge claiming they were visiting family in the bush. In reality, the girl is promiscuous and has become pregnant and the guardians send her away to maintain the facade. Deacons in the church pretend to be holier than thou but in reality they have several "girlfriends" and children in various villages apart from their wife and family. People come to us so we will pay their clinic bill only to find out that they are being treated for venereal diseases...again.  The community all know what is going on but they maintain the facade for us so they can continue to benefit from our relationship. If you ask them directly they will lie to your face. Unfortunately for them, my momma didn't raise a fool. I have various ways of finding out the truth. Unfortunately for OJ, anyone who breaches the community trust and tells the missionaries anything are immediately condemned and ostracized. OJ really has no concern about the goings on of our community but he is often blamed for telling us things. The reality is, I have an army of children who come to our house and blabber about everything that is going on. All you have to do is listen and put the pieces together. When I go to football practice I talk to people and ask a lot of questions and I can generally get the truth pretty easily. When people know that I know the truth they blame OJ. 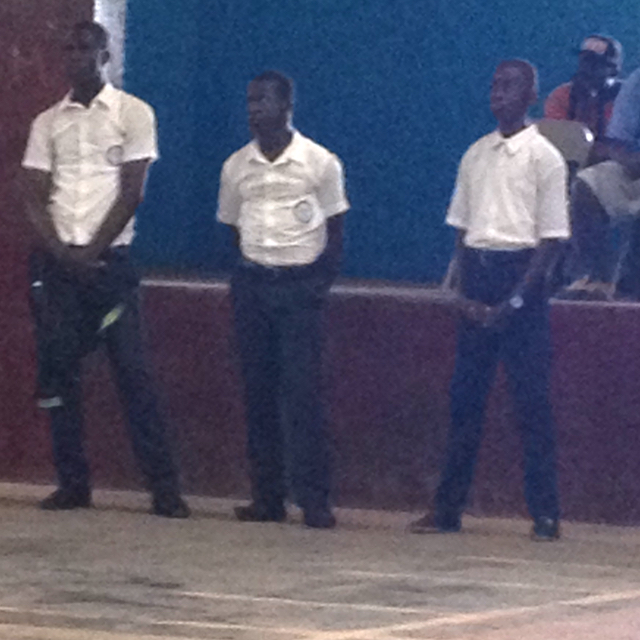 The other side is that in Liberian culture anyone doing better than you becomes a target. It is the epitome of socialist principals. If you are blessed above someone else you become hated and sometimes killed out of envy. In their view everyone should have what everyone else has, and anyone who wants to better themselves quickly gets picked apart and they either conform or are dealt with. OJ is not only trying to better himself but is blessed above others here because he lives with us. He is becoming a target within the community. He is like one of our children, and in a little over two months we will be turning him over to the wolves. Please pray for his protection and that he would maintain his integrity while we are on furlough.

In February our football team participated in our first tournament.  We made it through the first round, but were eliminated in the second round based on the goal difference from our group. 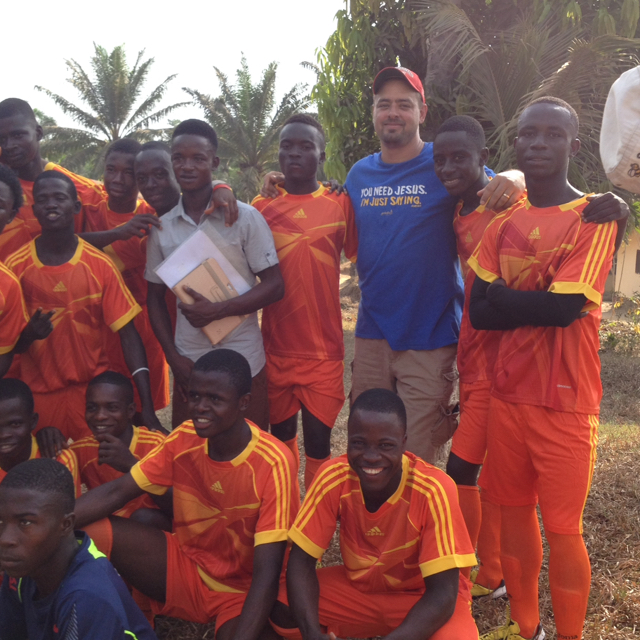 However, our team played hard, and fair and our reputation on the field is respectable. The other teams, not so much. When we went through the first round I had to attend a meeting with the other coaches where the losing teams cried and complained that we went through and they were out. They said all kinds of things about us. During the games the other teams openly cussed out the refs, and argued with the board members about the smallest details. The other teams bribed the refs in the third round. The whole thing was chaotic. Our team behaved very well through the whole tournament. Even when people were purposely trying to hurt our players they responded well. After the tournament I told them I was proud of how they played. I told them I would rather play fair and lose than to cheat and win because it is not really winning. Overall I could not be happier, trophy or not. Thank you for praying for our team, and please continue to pray for the salvation of our players. Please pray specifically for Omicee and Richard. I have been witnessing to them a lot and I would love to see them saved.

We are about half way through our time for the new reading classes I (Jenni) am teaching with another missionary friend.  As with most things there are plenty of frustrations and discouraging class times, but a few bright spots as well.  I typically teach the Bible lesson for the older class. 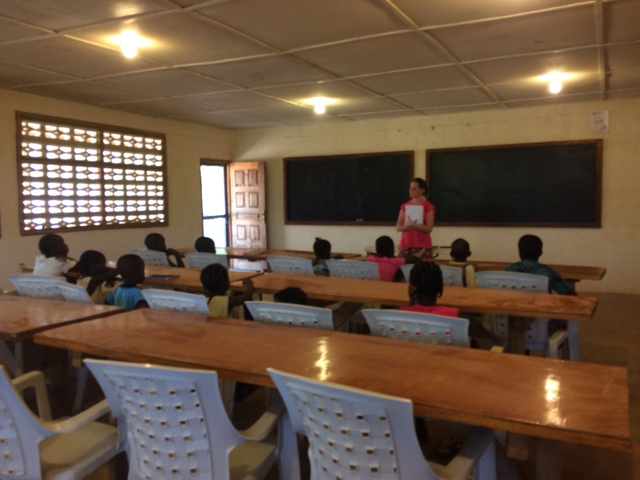 We have been working our way through some foundational concepts about who God is, what is sin, who do you individually believe Jesus is and what does that mean to you, confession, repentance, etc.  I was thinking with Easter coming up we would focus this month on lessons about Jesus' death, burial and resurrection.  Last week I was telling them what we will be reading about this month and referred to Easter.  I had some blank stares so I asked, "you know why we celebrate Easter?"  No one could give me an answer.  I would not have been surprised by this if it was the younger class, but I was surprised in our older class since the students all attend church, attend "Christian" schools, and are familiar with the churches' Easter conferences.  Please be praying for our reading students as we try to really focus on salvation and their personal decisions this month.