Life is often like a hurricane blowing a maelstrom of confusion round about; but in the midst of it all, in the eye of the storm, all is calm and under control.  In the past few weeks, we have weathered a hurricane, or at least a tropical storm, yet all with God's peace that passes understanding.

In our last update, we mentioned our plans to leave a national pastor in the church in Cusco this coming September and transition back to the Seminary ministry in Urubamba full-time.  Because the Peruvian school year begins in March, we planned to move our household belongings at the end of January and return to Cusco on the weekends until the transition was complete.

We planned a garage sale for a week before the move. On Thursday, January15th, Eric took the older boys on an outing with the leadership team.  While exploring the countryside, he ran down a hill, fell and fractured both bones of his lower leg.  They were 3 hours from Cusco but 30 minutes away from a hospital.  The surgeon was on vacation so they set his left in a cast, he was rushed back to Cusco and admitted to a clinic.  On Friday, a friend took over the garage sale so I could go to the clinic for his surgery.  However, it was post-poned due to a malfunction with the surgical tool sterilization machine!  On Saturday, the 16th, he had a successful surgery and stayed until Tuesday, the 19th. The leaders helped set up a nursing station on the first floor of the church while several ladies helped me finish packing up the house. 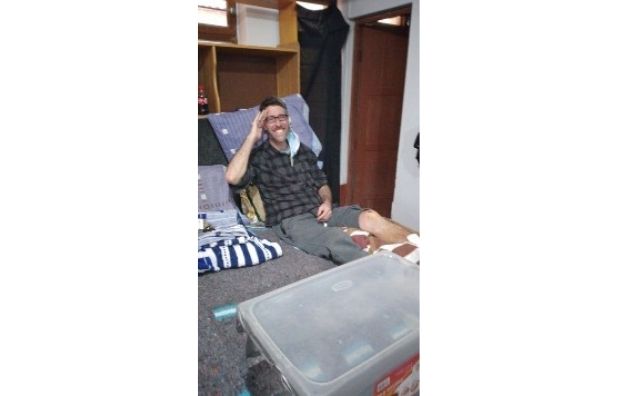 The following Monday, we moved an hour and a half away to our new home on the seminary property where the leaders helped unload two truckloads of furniture and reassembled everything in the house. What a blessing!  A few days later, Eric's brother arrived and spent some time helping out and boosting Eric's morale.  The internet has been down since we arrived so it has been difficult to send updates, so please pardon our late correspondence if you did not immediately hear the news as we were able to publish short updates online. After two weeks, we are finally able to see a house emerging from the pile of boxes and bags. 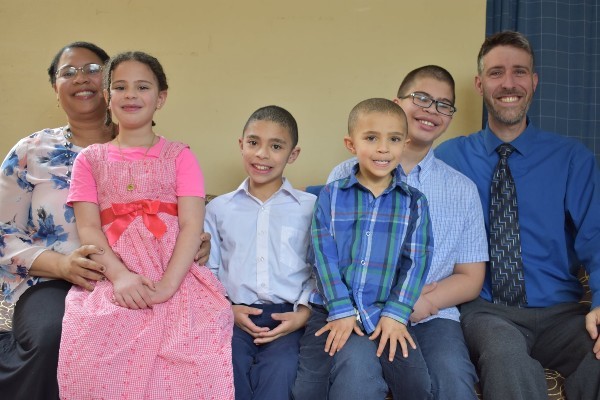 As you also know, we were constantly praying for Casandra's health as she struggled with fatigue in Cusco, but God faithfully supplied her with strength to carry forth all of her normal tasks of running the house and homeschool along with the added responsibilities of nursing, packing & unpacking, and corralling the kids through it all.

Our hearts have been blessed to see the church leadership team step up and take charge during this time. With Erick on bedrest, the team parceled out his responsibilities for the next few weeks and are continuing the work of the ministry with God's help.  Here at the Seminary, Eric is serving as treasurer on the Board of Trustees and overseeing the men's dorm.  From his laptop desk, he is working on scheduling quarantine locations for students arriving in the next few days and organizing discipleship plans for this year.  Our heart has always been church planting through the training of nationals and discipling them so that they can teach others also (2 Timothy 2:2).

As of right now, we cannot travel on the weekends until Eric's leg heals more.  At the same time, however, Peru's enforced quarantine has been extended two more weeks so all of our services have returned to virtual broadcasts which can reach most, but not all of our members.  After being in a similar situation for ten months last year, it is hard to be optimistic as to the end of the quarantine, but we are not fretting or chafing under these restrictions because we choose to be here where God has called us and we choose to serve Christ despite the personal sacrifices in the storm and because of that we are blessed and pray to be a blessing to others here in Cusco, Peru.

A special thanks to those who have reached out to us during this time and to those who are always praying and keeping our needs before the throne!

More by The Pardine Family

In Everything Give Thanks

A Year In Review