"With excitement in his voice, Alex said to Marco "This is the Pastor, and these are the people I was telling you about. They can help you!" 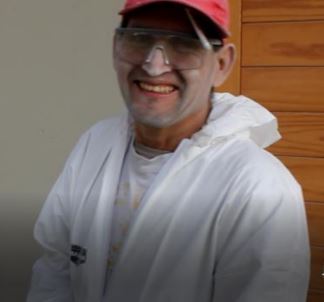 It was a Sunday morning, an hour before church was scheduled to start, and we were just finishing worship practice. Alex is a new believer who is struggling to walk in God's freedom from a life of drug and alcohol addiction, and that morning he had brought Marco (his cousin) to church. Marco had been sick and literally bedridden for over 6 months with severe Diabetes as well as an unknown blood bacteria, and just the day before had asked Alex to help him end his life. Alex's answer was to bring him to church.  That Sunday, Marco gave his life to Jesus, and in his own words "Felt a great burden lifted from his life". Over the next two weeks we visited Marco at his house and prayed over him for strength and healing. Just three weeks after his conversion, he was at work, helping us tile the church bathrooms. He says that he feels God is strengthening him each day. 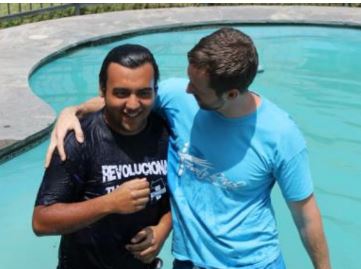 Heser is a young man who's parents have formed a part of our church over the past year. Due to family problems, Heser began to look for answers at parties, in drugs, and alcohol. For over a year we prayed for his conversion, and visited him on many occasions to share the gospel with him. God moved in his heart in July and he made a decision to follow Christ with everything he has.  At the end of August he made the decision to be baptized, and began to study the Bible at a local Youth With A Mission Bible institute. He began to help us reach other youth in the community, using his testimony to share Christ with them. This Sunday we will pray over Heser with the church body to send him off on a 2 month Mission trip to Chile. Continue to pray for Heser's spiritual growth and future. 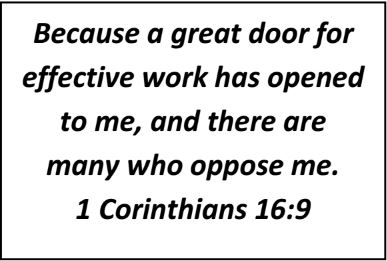 In the midst of many new opportunities to share the gospel and many new faces at our church, there have also been many spiritual attacks. This includes criticism, gossips, and disunity among believers (who should be united for the sake of the gospel). Although we understand that this is the way the devil works, it can be discouraging and difficult for us, as we
literally pour our lives out into people, to see some of them react in such hurtful and immature ways. God always has the victory, and one of the men who began the criticism already came back to church in tears asking for forgiveness. Please pray that the power of the Spirit of Jesus Christ would work so powerfully in our midst, that the works of the devil will be destroyed. Thank you SO much for your continued prayer and financial support, we see God beginning some great things, and need your prayer now more than ever!

Blessings in Christ, The Wollbrink Family

Lear more about the Wollbrinks and their ministry in Peru by visiting their website: heart4peru.com