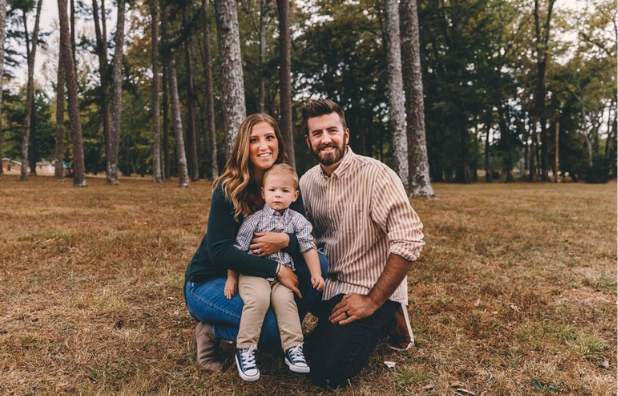 We wanted to give a quick update on our living situation. Let me tell you - GOD CAME THROUGH in a major way.

Not long after we let you know how to be praying for us, God opened up a door.

However, before that door was opened, Rebecca and I spent a lot of time searching for places to live. We spent a ton of hours scouring the internet trying to find a place. We even got hooked up with a realtor at our church and she would send us new homes that were opening up to rent that weren’t even on the market yet. We eventually found two that we really liked, but the finances were not there for it to work out.

All throughout this time we had been communicating with our families about our living situation and one day my dad approached me and gave us a couple of opportunities.

For those of you who don’t know, my dad has been a pastor of Northside Community Church in North Chattanooga for the last 20+ years.

11 years ago, my family moved out of our beautiful home near Fort Oglethorpe, GA, and into the upstairs of one of the church buildings. We began renovating old classrooms as a living space. For several years my brother, sister, and I had taken up very small Sunday school classrooms as our bedrooms. Let’s be honest here - they were basically closets. It was a really neat experience living in the building next to where we went to church. We had a great time! There was something really fun and adventurous doing what we did.

When Rebecca and I were first married, we actually renovated another living space downstairs from where my family lived and stayed in that apartment our first year of marriage. On our 1 year wedding anniversary, we had an apartment fire and had to move out for a full year. Going into our 3rd year of marriage, renovations had finished from the damaged building and we were able to move back to a brand new apartment that took the place of where we had lived before. We lived here for another year before going to live at Bethel Bible Village for almost 3 years. (Hopefully, that timeline makes sense.)

With that in mind, let’s get to the opportunities that my dad presented us with.

He started off the conversation by saying, “I KNOW that what I’m about to say is NOT ideal :)” He then presented me with the option of moving in with my parents into their apartment (they still live in the same building that the church owns) until we figured out a more permanent residence. He also said that if we wanted to, we could renovate their old apartment that had been damaged by the smoke and soot from the fire. Knowing how bad that part of the building looked, renovating seemed like a very hard process.

But as we started to realize that all the doors were closing for us to move anywhere else, we began to pray more.

Right around the time, we updated everyone about having to move from Bethel, Rebecca’s family came into town from Massachusetts. One morning we were all hanging out, and I was talking with Rebecca’s mom about how hard it had been to find a place to live, and financially we just couldn’t afford the places where we really wanted to be. So I began to explain to her what my dad said about moving in and renovating their old living space from before the fire. Long story short, Rebecca, her mom Lynn, and I jumped into the car and went to my dad’s church to look through their old apartment. As we walked in, there was dirt, debris, and soot all over the place. All the rooms had old things from our past in soot-covered boxes and if you touched anything you’d have to wash the black off of your hands. I mean there was literally soot from floor to walls to ceiling.

But despite how terrible it looked, we tried to dream a little bit. After spending about an hour there, we decided that this was going to be our best option.

Over the next several days, we had students come help us get rid of the trash, move a ton of things around, scrape old paint off of the walls, and even take down a wall that would join two smaller rooms to make our future bedroom. After all the painting and renovations, we moved in about a month and a half later!

I did not even tell you the coolest part!

Days before we decided to go and look at the apartment, we had some people give us money. I had two family members approach us after hearing about our living situation and they gave us a total of $1,500! They both expressed that God had led them to give us this money and the specific amounts that they gave. We didn’t know it at the time, but God had given us that money to help us launch the renovations!

But not only did he help us launch the renovations, He saw everything through.

We realized that we needed to have new ductwork installed and the old AC unit cleaned out so we could have air. The quote came back to around $3,000 and we were trying to figure out how to pay for it. Right around that time, someone at our church anonymously sent Rebecca an amazing, encouraging letter (that extremely blessed her) and inserted checks for $3,000 to help us with our move! We WERE. BLOWN. AWAY. Oh my goodness. We felt so blessed. Rebecca felt so known and seen. God had just blessed us more than we deserved.

Well, let me tell you. He wasn’t finished yet! After we got the quote, we decided to move forward with getting the AC unit fixed and ductwork reinstalled. It took the company a few weeks to get everything underway and finished. They would come to work for an hour or two and then leave; come several days later and work a little bit and then leave again. We had to push back our move-in date one or two times because they had not finished yet. Seriously ya’ll. I was getting very frustrated.

A few weeks after we moved in, my dad contacted the HVAC company and asked for the bill for the work they did in our apartment. And guess what… They told us they were NOT GOING TO SEND US ONE! They did all that work for FREE. WOW. I was amazed again by God’s blessing in our lives! He made a way for us to move and we literally paid nothing out of pocket to make it happen. I also felt really bad about my frustration with the company and was so joyful to hear what they had done! 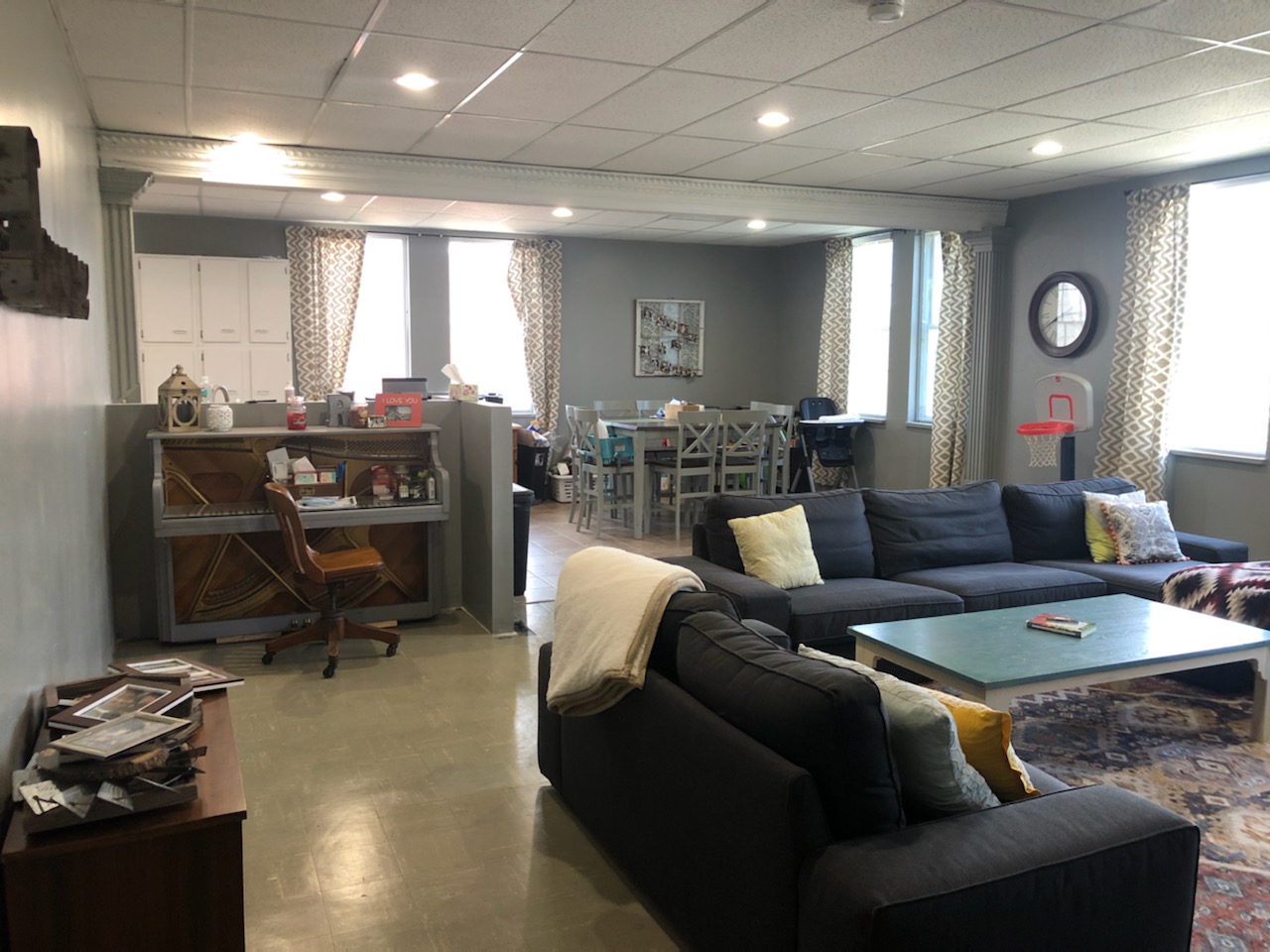 I’m literally cracking up with holy laughter thinking about all God has done for us these last few months. It’s insane. We don’t deserve this, and we feel extremely blessed. Turns out we didn’t even need all the money we were given and we are planning on using the remainder to pay off a credit card debt we accumulated when we swapped over to Global faith 16 months ago.

A few weeks ago, Rebecca sent me a text saying how neat it was that she and I had practically fallen in love while spending time with my family in this apartment years ago while in college. Now it’s our home, and our love has blossomed into a sweet family of (almost) four. :)

I hope this story blessed you tremendously as much as we have been blessed!

Wow, just Wow! What an amazing testimony!!! You guys are true examples! Thank you for all of your hard work!!! Kids need every bit of positive energy they can get these days!!!

Your post was a blessing
Don and I just had to cry. we remembered how God had blessed us financially so many times.
We had a hard time eating the beautiful bologna sandwiches Don had made us.
Our blessed Lord has answered our prayers for you. We love you and Rebecca and sweet Maverick.
Mamaw Huggie

You can trace God's hand from the beginning until now. Hallelujah!
Thank you for such a blessed Facebook post.

More by The Reaves Family