I don’t know about you, but I have a hard time co-existing with rats and mice. Even though I’ve lived outside the USA for most of my life, I have a mice phobia. I’ve killed coral snakes, tarantulas, cockroaches and scorpions, but the sight of a mouse sends ME scurrying. 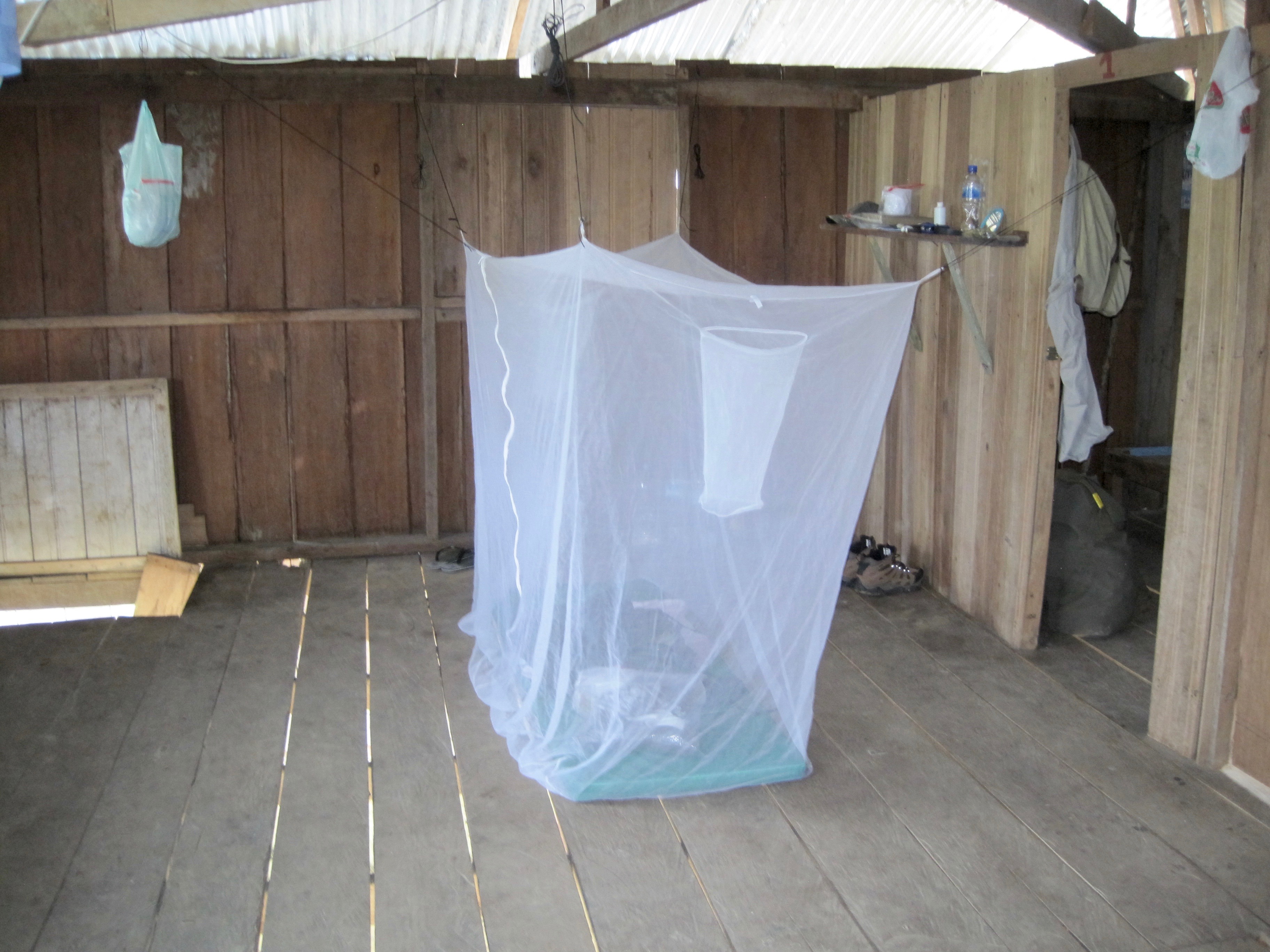 In the Indigenous world, animals, birds and insects are a natural part of life. Homes are open. In many cases there are no doors or windows and only partial walls protecting from outside elements. So, naturally, anything and everything can enter. When visiting villages, I sleep in an enclosed mosquito net; as a matter of fact, I insist on it. It keeps unwanted creatures off of me, although it doesn’t kill the noise of the creatures running or flying around. (Bats are a pain, too.)

On a recent trip to the Amazon where Russ and Stanley were teaching a seminar, they stayed in a typical wooden house on very high stilts. The houses are all built like this because the river floods every year. Most people sleep on the floor or in hammocks, so Russ and Stanley tied up their hammocks and mosquito nets and settled down for the first night.  A few hours later, they woke up to sounds of rustling and squealing. They shone their flashlights, and Stanley saw a rat standing on his hind legs watching him. Stanley called him the sentry sent to guard them. He sat staring at Stanley without wavering while rats the size of cats ran all through the room, over the rafters and up and down the walls.   They scavenged through all the bags searching for anything edible.

Russ, having encountered similar situations before, has developed a crude trap to catch the rats. He uses a bucket with bait so that the rat will fall into the bucket when it goes after the bait (usually peanut butter).  The next day Russ set up his trap to get rid of the pests. These rats, however, were so big that they climbed out of the 5-gallon bucket. Since the trap didn’t work (after falling into the bucket once, the rats would no longer go near it), Russ tied all their bags from the rafters in an attempt to protect some of their food.  It was a feeble attempt as there was nothing the rats didn’t get into. Night after night they listened to the devastation. On the fourth day, after three nights with no rest from the squealing and rustling, Russ prayed, “Lord, please do something with these rats so that we can get a good night’s rest.”

From that day forward they rested. The rats just disappeared.

“How did they get into the house so high off the ground?” was my question. “Climbing those stilts was nothing to them. They ran up and down them as if they were squirrels”, replied Russ.

God knew that I wasn’t needed on that trip!