The Church Is Growing 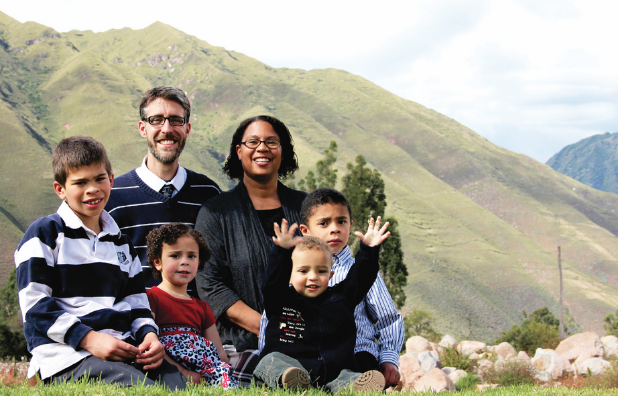 Over the last two months we have been meeting with several believers who have shown interest in joining our church. On February 3rd three of them were baptized! The church rejoiced and the new members were able to partake of the Lord's supper for the first time. Through those three new members, several doors have opened for new contacts with their family members. We have also seen an increase in attendance on Sundays, often reaching 50-60 on Sunday morning. We are asking God for more souls! Several others are also currently in the process of going through our new believers class, and Lord willing, we will celebrate another baptism service soon! 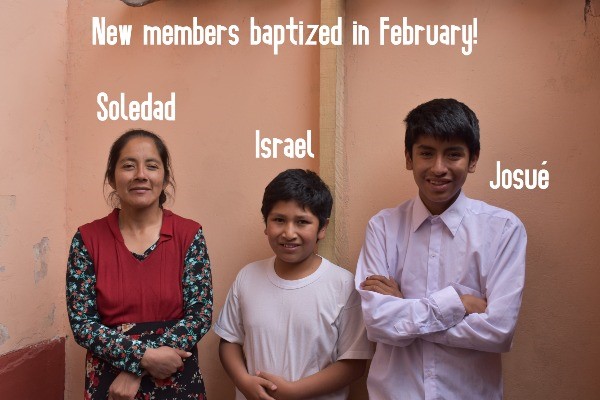 In January, we traveled six hours to the  jungle town of Quillabamba to preach at a commissioning  service for Douglas and Raquel, a young couple (and seminary graduates),who are heading out to plant a church about an hour away from their sending church. Keep praying that the Lord of the Harvest will send out laborers! He is answering! 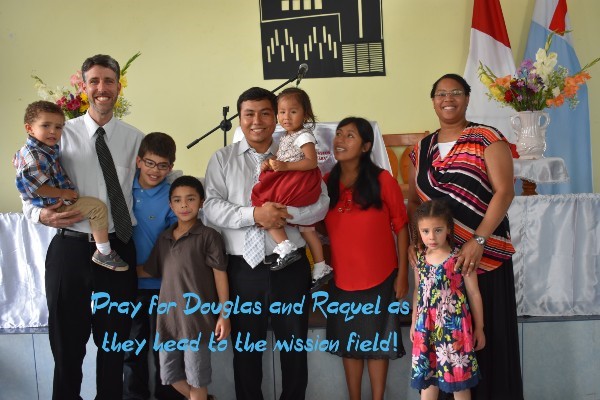 Shortly after returning to Cusco, we traveled to Urubamba for Pastor's camp where Casandra co-taught several sessions for the pastor's wives on discipling others. The ladies took home two discipleship books each in order to start a chain reaction of multiplying disciples in their churches. We praise the Lord for the work that was invested into translating one of the books into Quechua. Also that week, several visiting representatives from Bibles International met with and polled the present servants of God who work closely with Quechua ministries, concluding that it was necessary to revise the Quechua New Testament and re-translate the Old Testament from the Hebrew as the previous version contains many inconsistencies and antiquated words. (This is possibly a ten-year undertaking!) 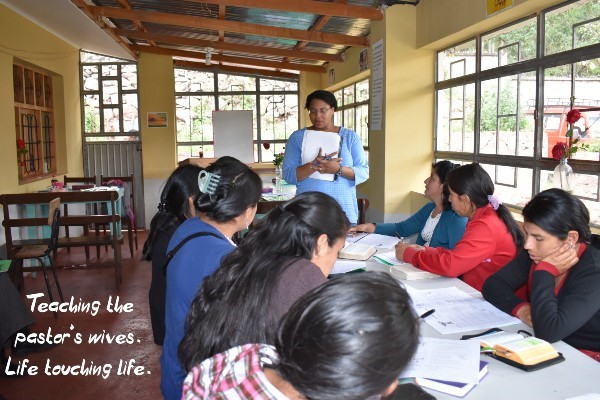 Since returning from camp, we have been planning and praying for our upcoming Vacation Bible School which will take place Feb. 18-22, and then on the 23rd we will be restarting our weekly Saturday Bible club.

We have been asking for prayer for the church's legal status and documentation as a decision eight years ago by the church's previous leadership has left us with four years of being unable to register our current status with the authorities, all of which leaves us unable to do many things including applying for non-profit status. Finally, we see the light at the end of the tunnel! Thanks to a Christian lawyer's advice we have been slowly advancing towards the goal. This week and next will let us know if we can attain  the goal in the way the lawyer suggested or if a more complicated process will be needed. Please pray with us!

Jesús Talavera, who will be working with us soon, is currently in Lima, working on his residency documentation, and while he is not having much success, he will be traveling up to Cusco at the end of this month. Please pray for an acceptable solution with the Immigration Office that will allow him to serve here in Cusco without the added pressure of having to leave the country every three months.