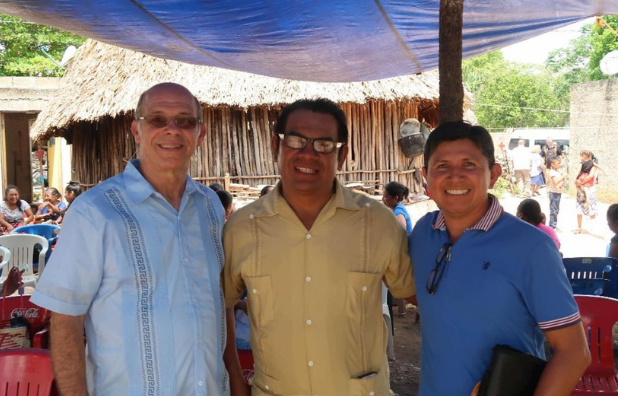 A blue tarp strung between trees provided relief from the hot tropical sun at 9:30 am on Sunday, July 28th. Plastic chairs were placed under the tarp for the adults in attendance. While preaching, I watched those seated at the edge of the shade continually move their chairs trying to stay under the slowly but steadily moving shade. Twenty feet to my right was a coop filled with chickens and turkeys who competed for leftover feed and the unfortunate insects which happened to crawl or fly into the coop. Thirty-five feet behind me, a pig snorted as he sought relief from the heat that rose to 100+ degrees that morning. The animal didn't know that one day it would be the main ingredient for tacos de cochinita (pork tacos) at a future church event. 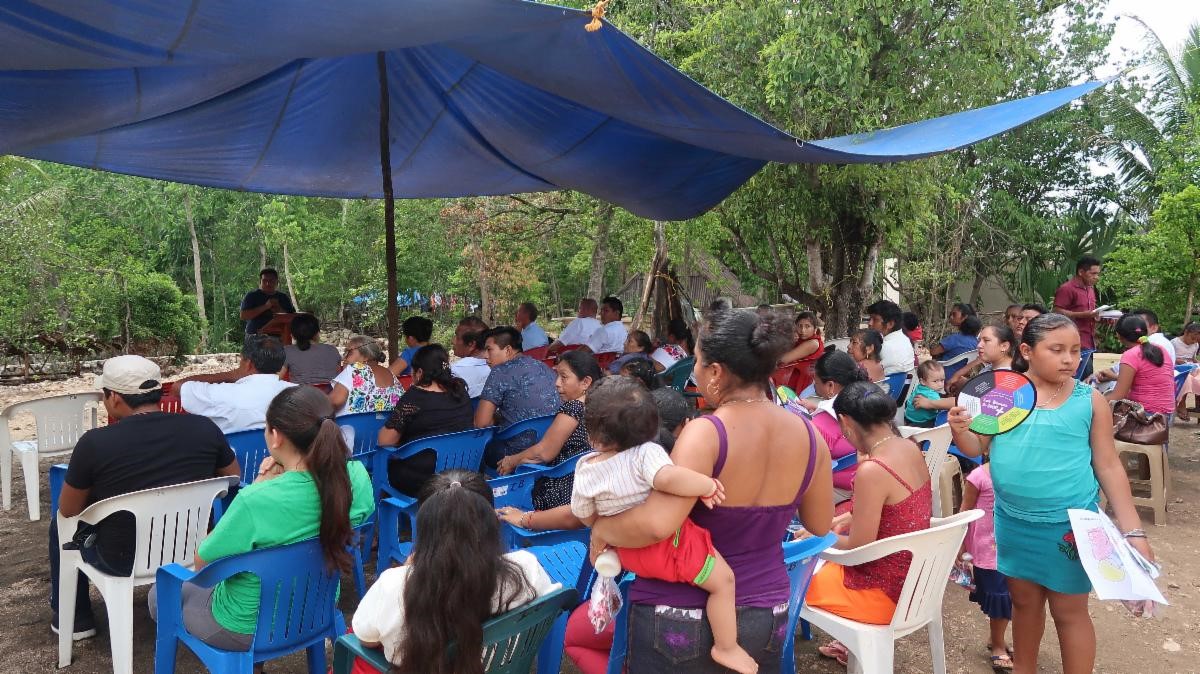 A blue tarp was the only protection from the tropical sun that was bearing down on the congregation. There were no complaints. 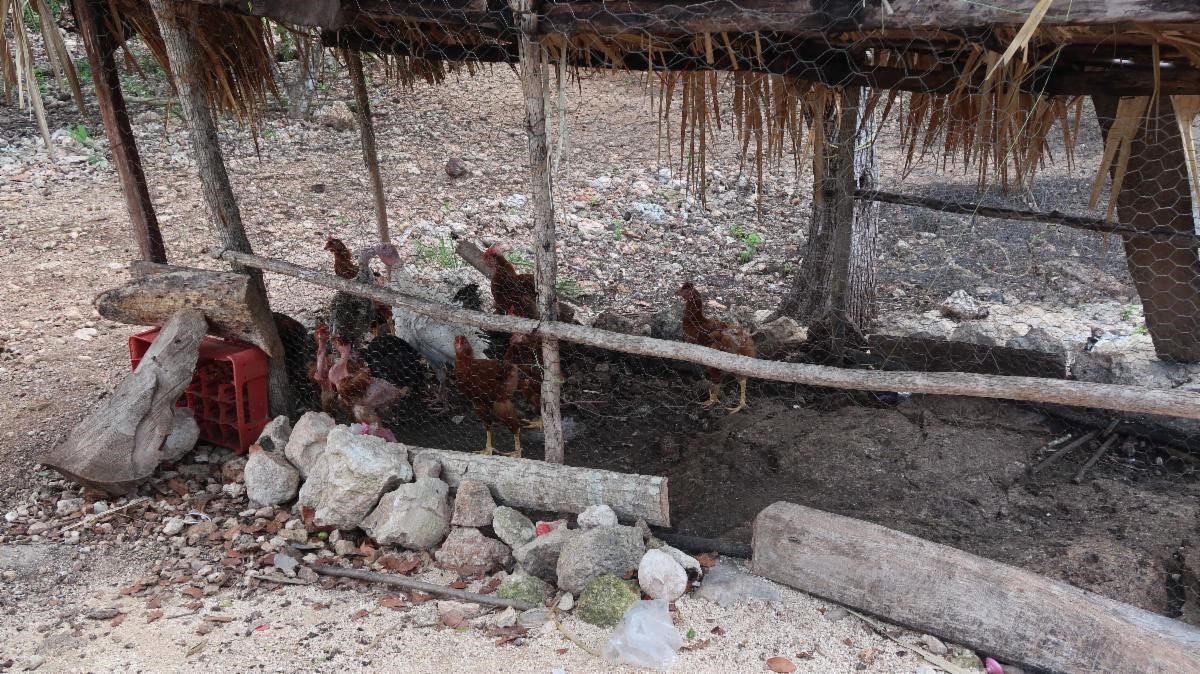 The chickens were just 20 feet away from where I preached. No problem from them.

Behind the group of adults, 67 children crowded into a hut that was smaller than a one-car garage. The family who owned the hut had rolled up their hammocks so that it opened up much needed space for the throng of children who had gathered to hear the Bible lesson. With the adults that taught the children, over 70 people crowded into this tiny space.

On this occasion, the church asked the ladies from Mt Pisgah Baptist Church, serving with me on this trip, to teach the children's class. David Balam, a bi-lingual Yucatecan, did an excellent job of translating for them. The roof of the hut provided shade, but the confined space of the hut intensified the tropical heat. 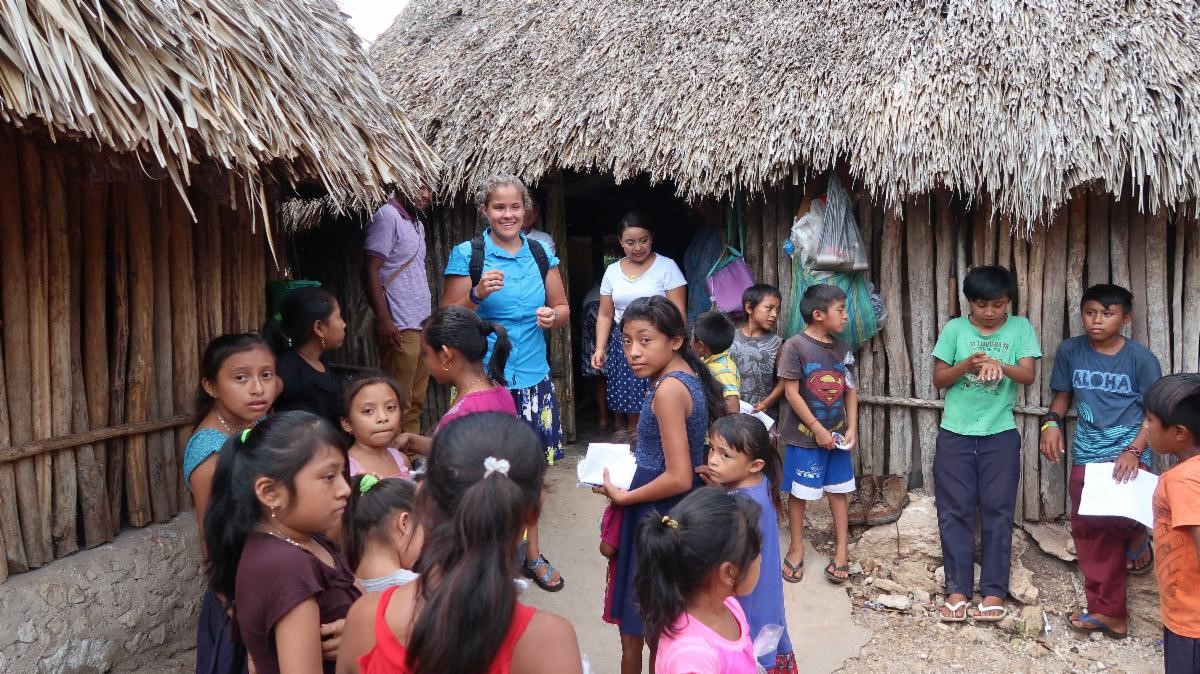 The hut on the left is the kitchen, the hut in the background is the home where a family lives.  On this occassion it also accomodated 67 children plus the adults who were teaching the children.

Such was the setting for a new church plant in the village of Santa Maria in Yucatán. For several months, Sunday Bible studies had been provided for children. Now it was time to reach out to adults; this was just the 5th Sunday in which they had a worship service as they reached out to the adult population of the village.

This ministry is the result of a church in Uayma, which is reaching out to a neighboring village to establish a new church plant. I love the fact that many of our churches on what we call the "mission field" are intentional about starting new churches. When Pastor William discovered that I would be in the area on this particular Sunday, he asked if I could preach. I eagerly accepted the opportunity and privilege.

The church has no land yet; they have no building or facilities. They have none of the things that some consider essential for having a worship center, but they do have the Word of God. I was thankful for the privilege of ministering from God's Holy Word in another new church plant. It is a blessing beyond description to see and experience the initial steps of a new church.

Continue to pray for this church as it continues on the exciting journey of growth.

Thank you for being part of this type of ministry. 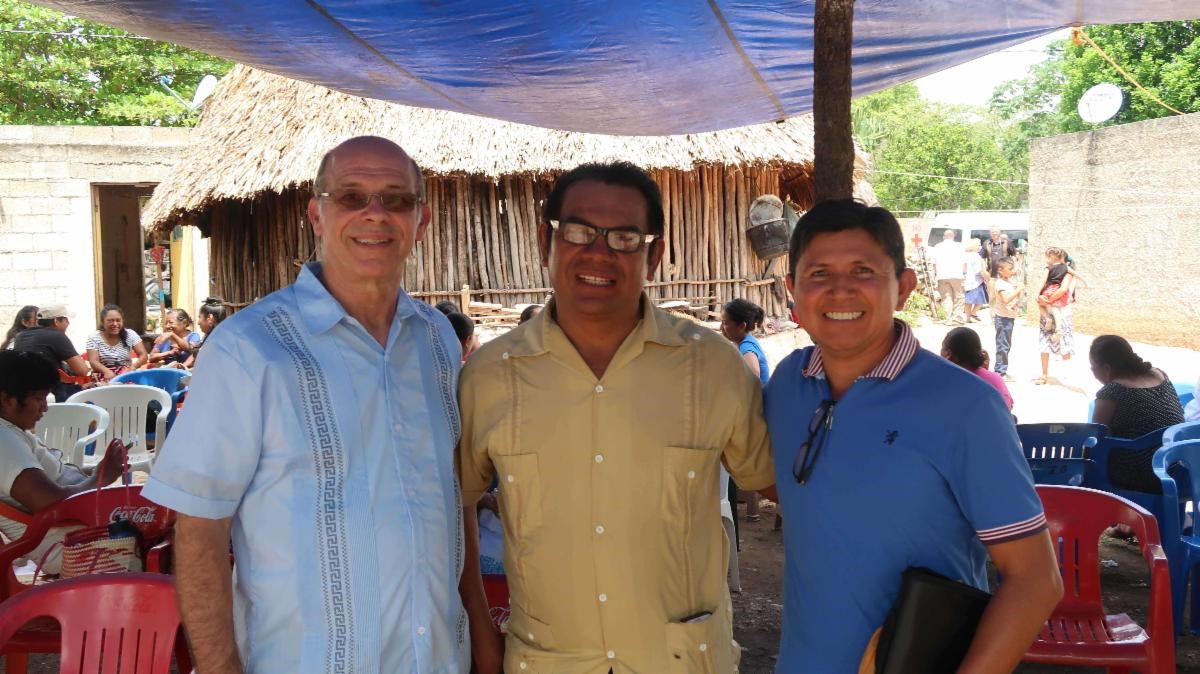 Pastor William (in the middle) is pastor of the church in Uayma which has reached out to start the new church in Santa Maria.
Pastor Carlos (in the blue shirt) is a leader in a group of pastors who are intentional in their church planting vision and outreach.