Fifty Years and One Week 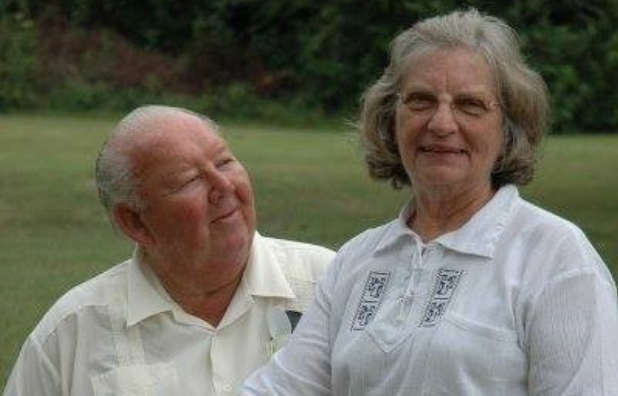 His funeral was a celebration of the life of a man who loved serving God. It was a privilege to be one of the many speakers at my father-in-law's funeral. "Pa" Turner was buried on Cayman Brac in the cemetery adjacent to the church where he ministered for half a century.

Pa lived on an island which served not only as the platform for his local church ministry, but also was the springboard for his international ministry of "Gospel Distributions."

He traveled frequently to many areas of Latin America distributing Gospels of John with gospel tract inserts and coupons for free Bible study courses. These evangelistic trips eventually took him to all seven continents of the world. 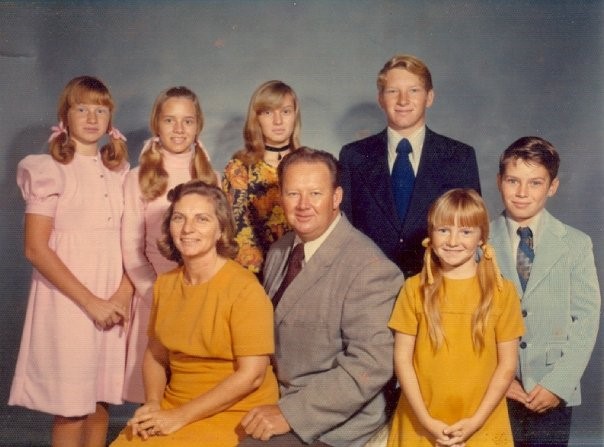 The Turner family in their early years of missionary ministry.

He would often visit us when we were resident missionaries on the Yucatan Peninsula. These trips also served as an opportunity to engage in Gospel distributions. 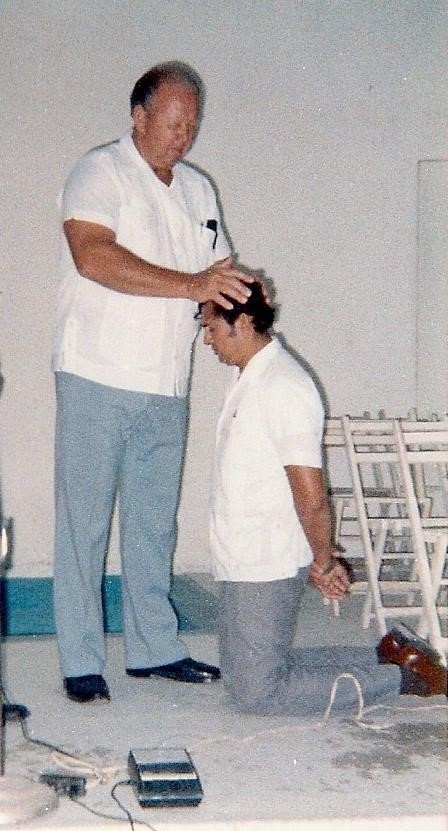 Pa participated in Manuel Verde's ordination in 1985.  Manuel was reached with a Gospel of John that Pa provided for our literature outreach.

One of the most memorable visits was in 1979 during our year in Queretaro for Edi's language study. Being just two hours away from Mexico City with a population of twenty million people, he wanted to distribute God's Word in that great city.

He came prepared for this distribution with 2000 Gospels of John. We took the two hour bus ride from Queretaro to Mexico City. I asked a taxi driver to take us to one of the busiest intersections in the city. Within minutes the driver left us at the intersection of two busy boulevards with broad sidewalks. Thousands of pedestrians flowed in all directions on these sidewalks. Pa and I positioned ourselves on this busy walkway with the boxes of gospels between us.

The throng of people who swept by us over the next few moments was so great that there was no lull as we gave out the gospels. In only twenty minutes, we had given out all 2000!

The constant throng of people passing and the speed with which we gave out those gospels caught us both by surprise. While it was exhilarating to give out that much literature in such a short time, it also highlighted the great need in megacities which represent some of the greatest mission fields of our world today.

Since the passing of my father-in-law, I have often wondered if he has already met someone in heaven as a result of that gospel distribution in 1979.

Mimi, Edi's mom, will continue to live and minister on Cayman Brac. It has been her home for fifty years, and she continues to be involved in the Lord's work there. Your prayers for her are appreciated.

Edi and I are both blessed to have a heritage of mission families. We are also blessed to have prayer and financial partners such as you who stand by us in our ministry. May God give us all diligence to continue serving the Lord until He takes us home or until He comes to rapture us! May God bless you richly. 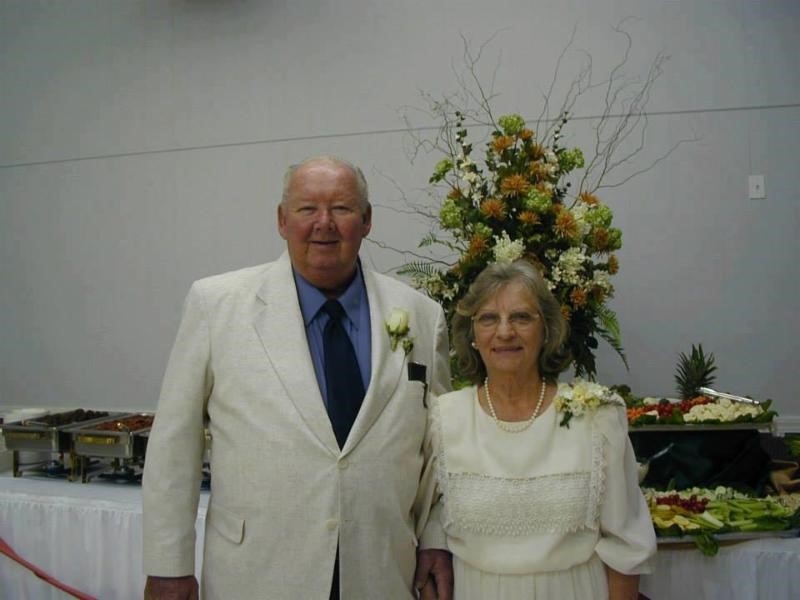