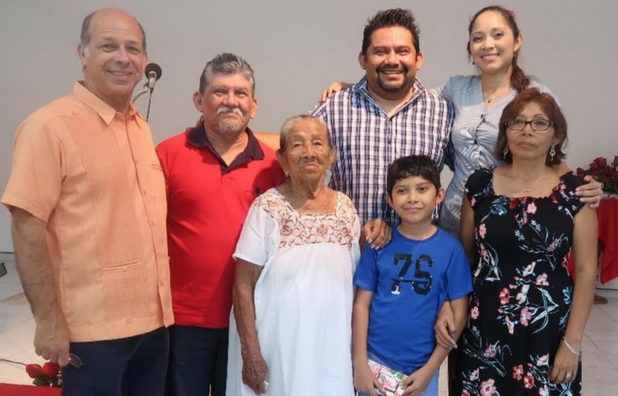 While in Merida the last week of May. I had the special blessing of observing the baptism of Isai, the son of Obed and Jessica.

As is customary in their church, Isai gave his personal testimony of salvation before he was baptized. Although somewhat nervous, nevertheless he gave a clear testimony of his salvation experience and his relationship with God.

In the attached picture you can see Isai with his parents, two of his grandparents, and his great-grandmother. 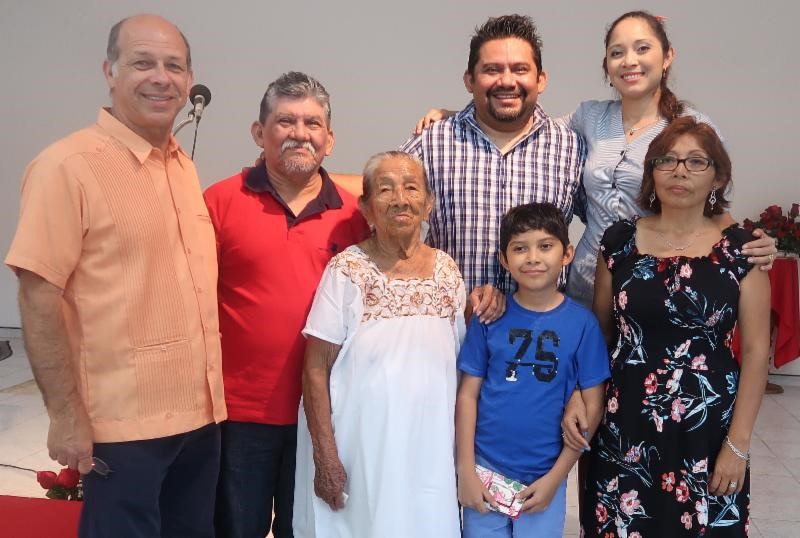 Aquileo (in the red shirt, standing next to me) is Isai's paternal grandfather.  Obed and Jessica (Isai's parents) are in the back row. Isai's great-grandmother (in the traditional Maya huipil dress) is to his right.  Lizbeth, Jessica's mom and Isai's maternal grandmother, is to his left.

A special blessing is that all four generations in this picture were baptized in this same baptistry!

Aquileo was baptized by my father when he and I (Roy) were youths.

Obed accepted Christ as a young boy, and I was privileged to baptize him. 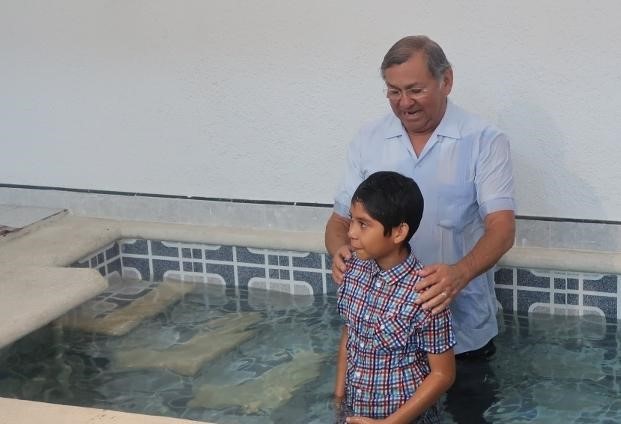 Pastor Manuel baptizing Isai.  I baptized Manuel in this same baptistry back in 1985. 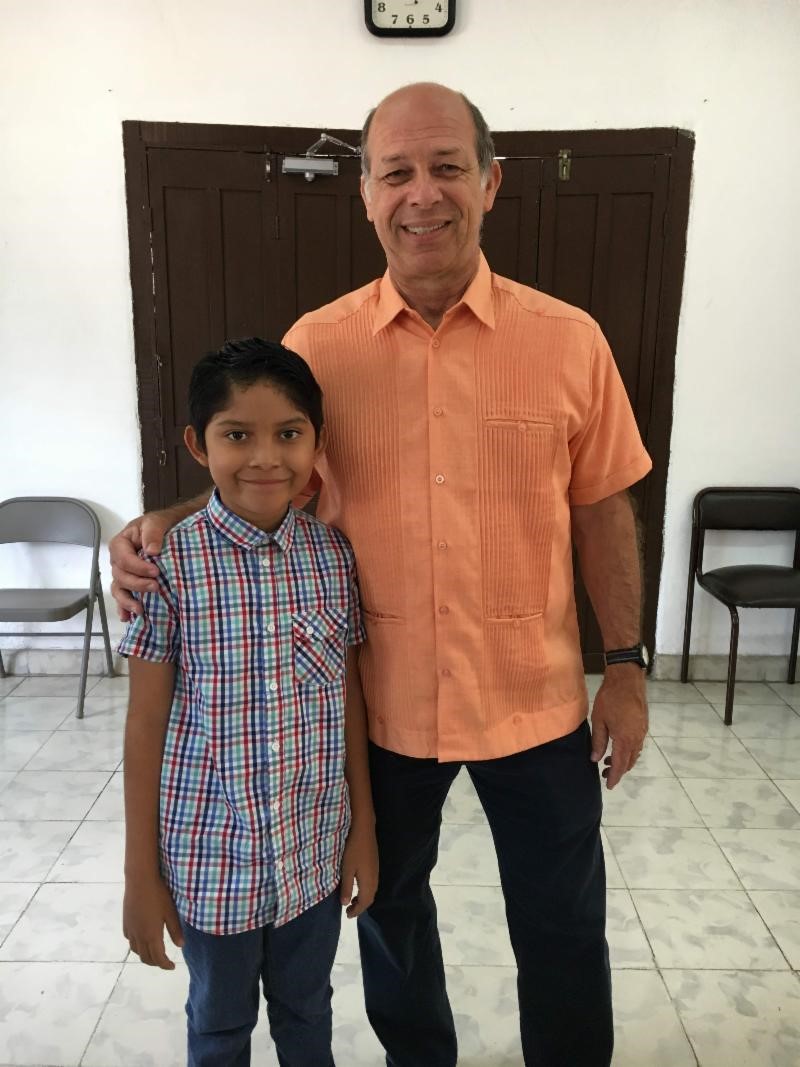 Pastor Manuel, who was trained during our resident ministry and became a pastor after me, baptized the rest of the pictured family.

Thank you to all who faithfully pray for and support our ministry. This picture represents years of evangelism, discipleship, mentoring, and spiritual growth. This is not the result of a short-term effort; this is the result of years of patiently ministering and becoming personally involved in the lives of those who accept Christ.

May God richly bless you for your global mission vision.