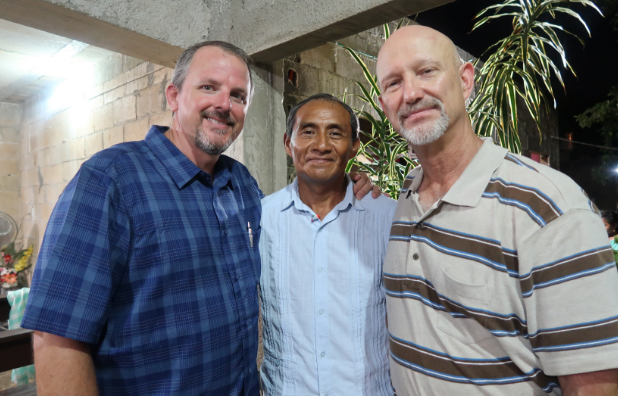 Our caravan of vehicles arrived at the Mayan village of Chikindzonot one late afternoon the last week of July. The ministry group was composed of members from Iglesia Bautista El Camino de la Verdad and Mt Pisgah Baptist Church. This is the second consecutive year that the two churches have partnered together for ministry purposes. 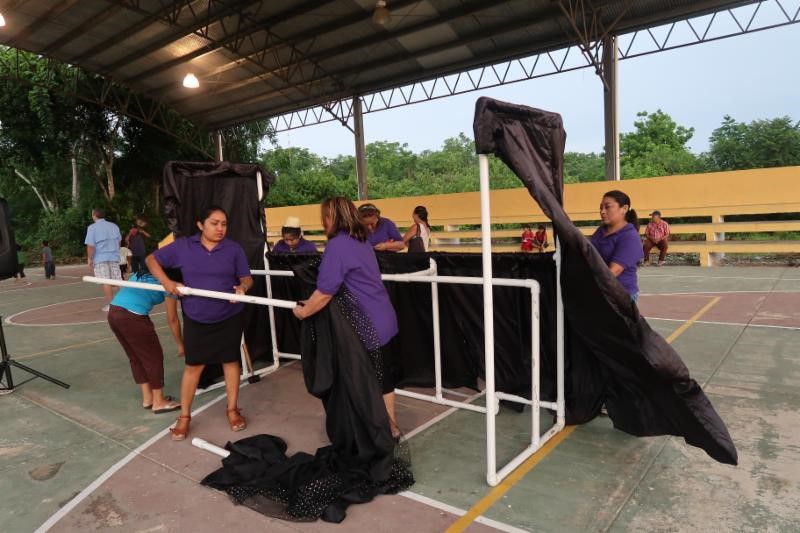 Setting up the puppet stage.

The afternoon rain had a temporary cooling effect on the tropical heat; the sun was setting as we arrived at the park where the local authorities permitted us to have our open-air evangelistic event.

Our arrival interrupted a group of men who were drinking in the park; around them lay scores of empty beer bottles. A few feet away a group of boys played soccer. Within moments of our arrival, the local police came by to chase off the drunks so that we could have our scheduled event without interruption. 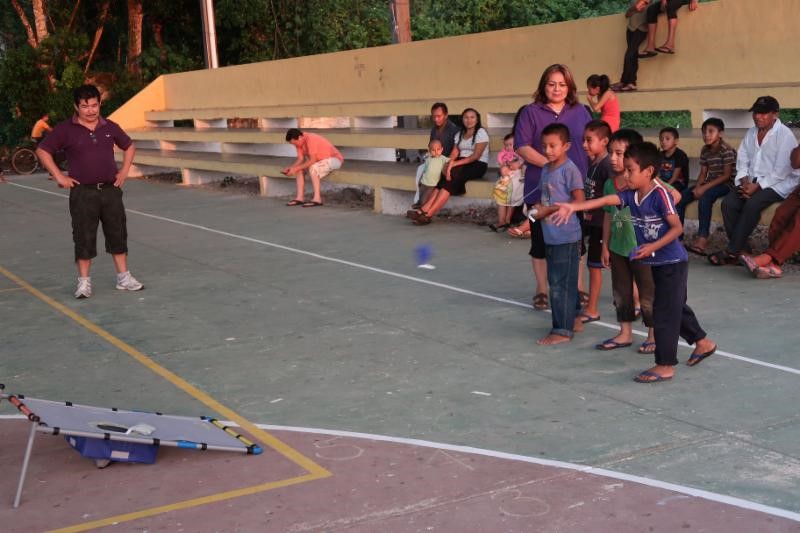 The church team from Valladolid busied themselves with setting up the puppet stage while the team from Mt Pisgah began to interact with the boys. The friendliness and the games they played with the youngsters overcame linguistic and cultural differences. Soon, other children hurried to the park due to the excitement of the games and Pastor Carlos of Valladolid using a PA system to invite the village to the event. 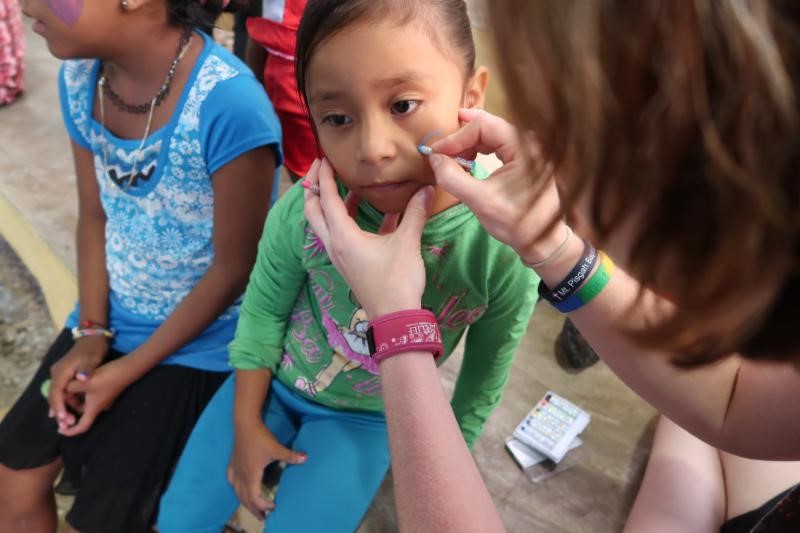 Face painting is a popular activity.

Once the puppet show started, the boys and girls settled down to watch. The gospel was clearly presented so that both children and adults could understand.

At the end of the program, the children were taken to one side of the park so that the gospel could be presented to them again, while I spoke to the adults. A local pastor translated the message I delivered in Spanish to the Maya language so that the elderly who had assembled could understand the gospel in their mother tongue. 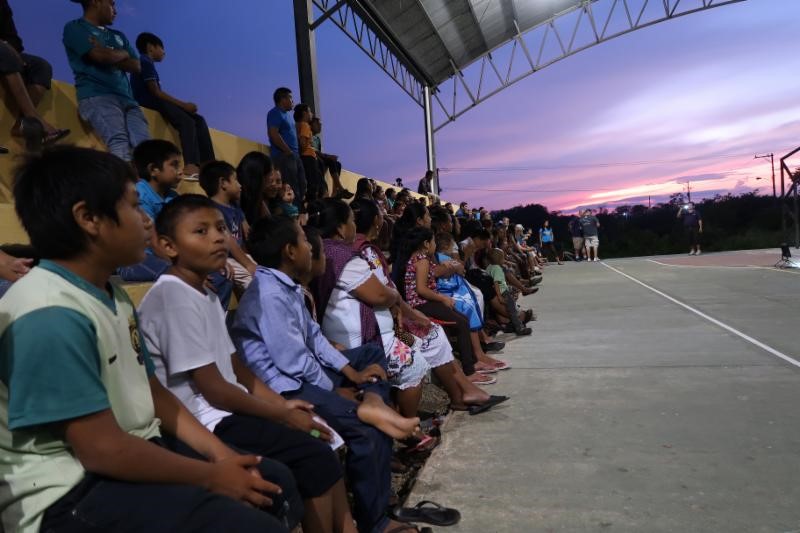 The games are over and they are all attentive to the puppet show.

That day and throughout the week-long mission trip, God used the cooperative efforts of an American church and national churches to spread the gospel through multiple ministry events. Through these multiple events, many came to know Christ. 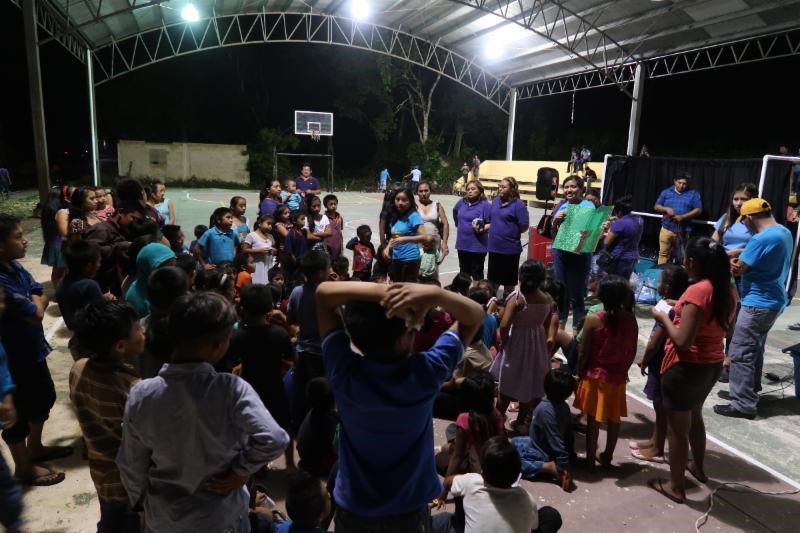 Presenting the gospel to the kids again after the puppet show.

We are thankful for those who go with us and for those who give and pray so that we can engage in fulfilling the Great Commission. Thank you for partnering with us! 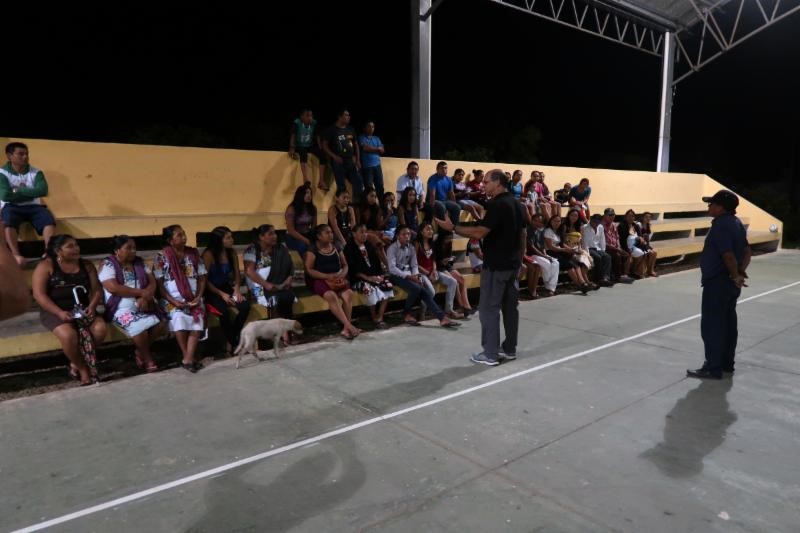 Speaking to the adults in Spanish after the puppet show.  The local pastor translates to Maya.