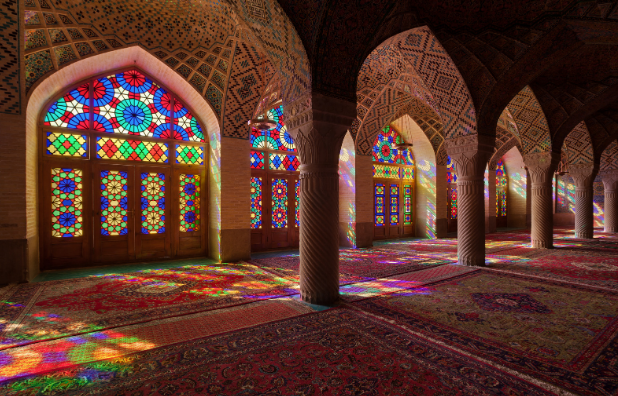 Jim and Julie* have been in North Africa for almost three years. Before moving there, Jim was a pastor in Iowa. The first step for them was learning the language. The nationals notice Jim speaks Arabic. That leads them to believe he’s a Muslim. After he tells them he’s a Christian, oftentimes they want to know more. It’s so unusual for them to encounter a Christian. “I literally could be the only Christian they’ll ever meet,” he said. He looks like an American, but lives in North Africa/Middle East and speaks the language. He and his wife have gotten used to being stared at. It’s a blessing if it means being able to share the gospel.

Breaking down the language barrier has endeared Jim and Julie to the people. “I’m a foreigner and I’m learning their language. They think that’s the coolest thing in the world,” he said. Once they jump into a conversation about religion, they find there’s ignorance about the Bible. They said the nationals think the Koran and the Bible are the same. They’re able to tell them about Jesus and his sacrifice for sin. That may be the end of the conversation, or they may want to know more. The nationals are very focused on religion since it dictates every aspect of their lives. Unfortunately, they can have the same attitude as Americans. The view that denies absolute truth. That it’s good for you that you’re religious, and you can believe what you want, and I’ll believe what I want.

After starting the conversation, Jim and Julie hope to continue it as they develop ongoing friendships. They intentionally go to the same corner store, butcher and coffee shop, so they can continue to check in with their friends. Jim said it doesn’t take as long as you might think to cultivate these relationships. “The people are the most kind, most generous people. It’s completely culturally acceptable to just go to somebody’s house and you’re there for 4 or 5 hours.” They’re quick to include you as family, which deepens the relationship. They said if you talk to the nationals and take time with them, they want to be around you. 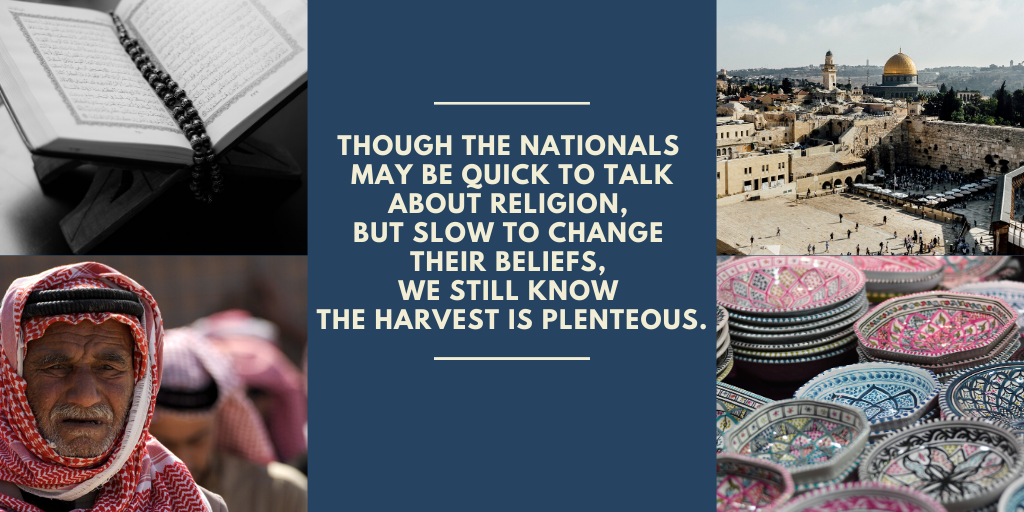 However, Jim and Julie have to be patient, since the conversations and friendships develop quickly, but not the conversions. It might take several years for a national to reject Islam and come to Christ. They have to count the cost. They would expect the rejection of their family and friends, and prosecution if they seek to proselytize Christianity. Often, a family will accept a Christian member after a year or two as long as the convert doesn’t talk about the gospel with them, they said. It’s no surprise then that the growth of their church is slow. But even though there’s less than 10, that number has tripled in the last few years. God continues to grow his church and make disciples of all nations.

Though the nationals may be quick to talk about religion, but slow to change their beliefs, we still know the harvest is plenteous. “Pray for the church to be strong, pray for the believers to be bold, pray that more workers will go to parts of the world like that. There’s a huge need in our area and in areas just like ours. We’re just praying that God will call more people to the work,” Jim said.

**Jim and Julie work in a restricted country, so their names have been changed for their protection.