The Grenades in Mauritius 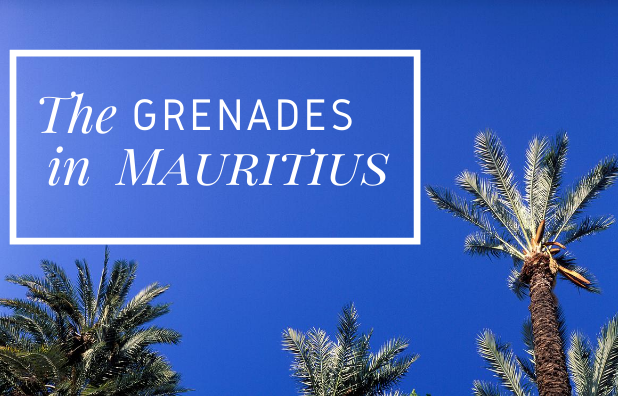 Making friends with your neighbor is as easy as cooking a little extra dinner for them. They probably don't need the food, but it's a concrete way to show thoughtfulness and establish rapport. Becky Grenade has been making this her regular habit after a neighbor showed up at her door with a small bowl of food. She said the culture in their more rural area is warm and friendly. “The people are sort of proud of their friendliness,” Becky said. Neighbors often walk together to the corner store to get bread or eggs, and it's normal for them to drop by your home with food. 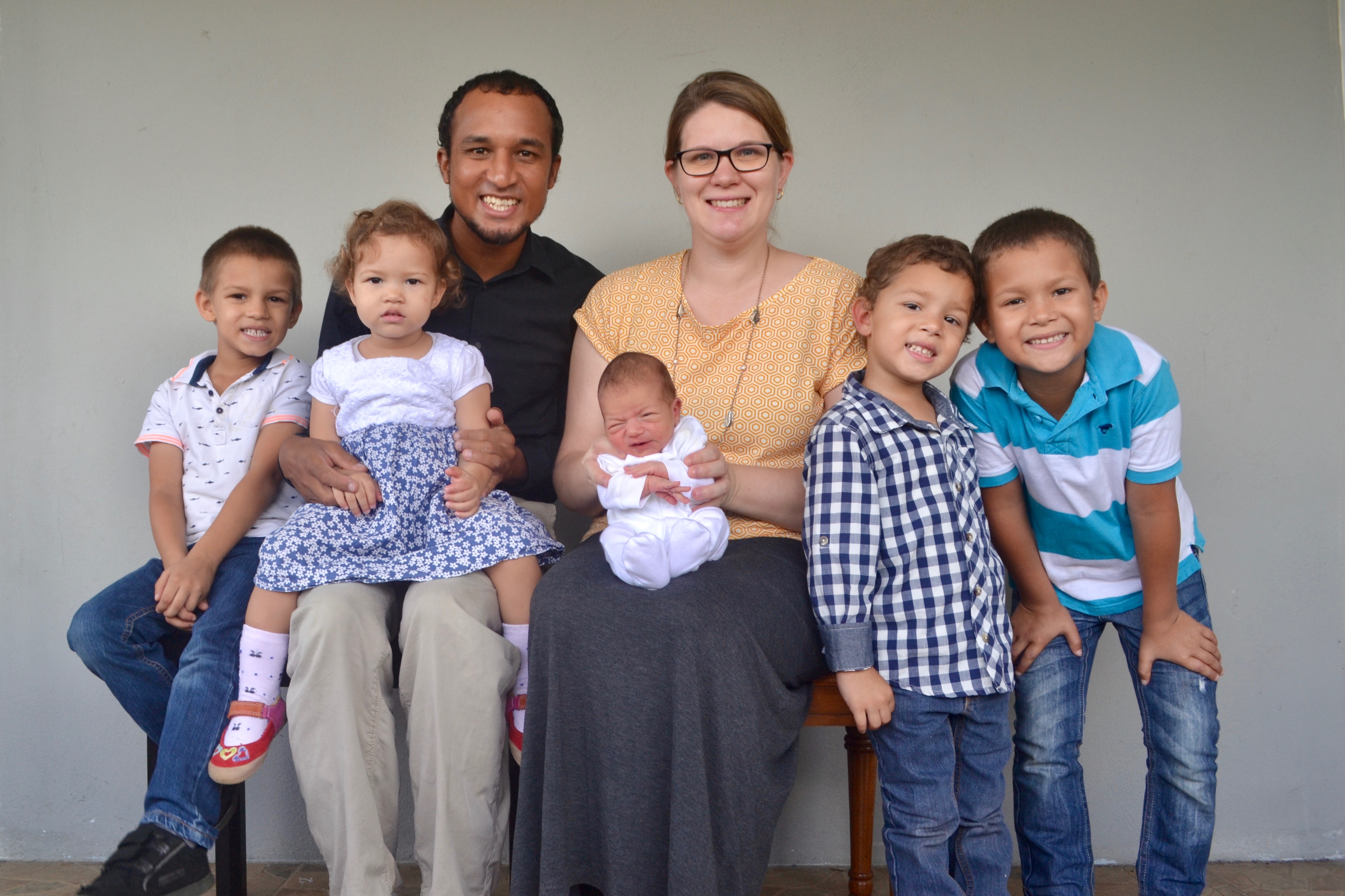 Pascal Grenade was born on the island and met Becky at college in Tennessee. She grew up on the mission field in France. They both spoke French, along with only one other student on their campus. So the three of them spent a lot of time together. Pascal was always clear that he was going back to Mauritius. And Becky knew she wanted to be on the mission field. “It was nice to see that God was providing me with a friend that had the same goals for their life as I did,” Becky said. She didn't realize yet that God was providing her with a friend and a spouse in Pascal. The Grenades married in 2009, and four years later moved to Mauritius. They have 5 children ranging from 7-years-old to several months old. 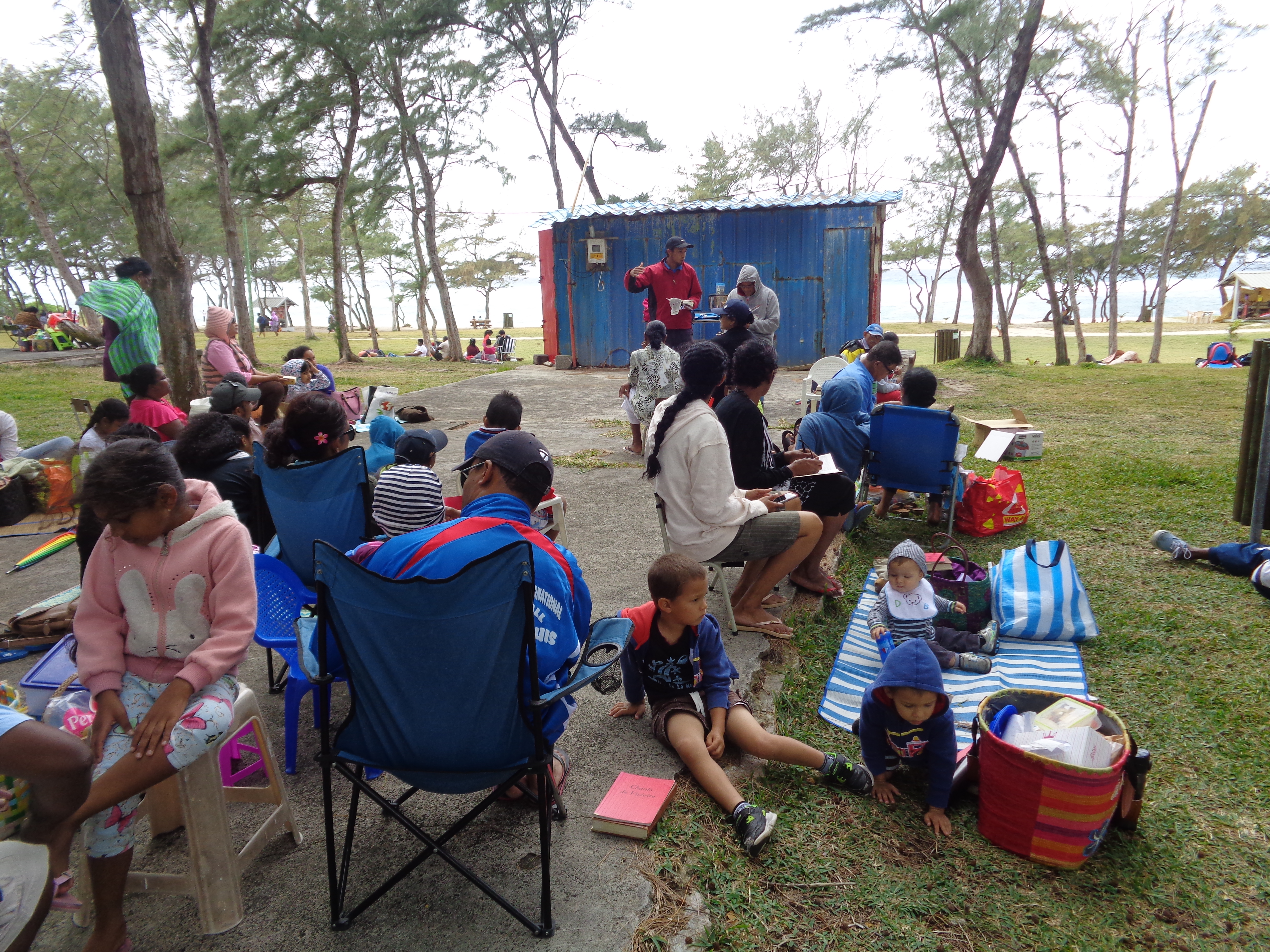 A church picnic at the beach

The friendliness of the people also helps bridge some of the complexities of the languages on the island. Mauritians speak French, English, and Mauritian Creole depending on the situation. Pascal said English tends to be used for official documents and in textbooks. But in most other situations the people speak Mauritian Creole. Even a teacher after reading from an English textbook will switch back to Mauritian Creole for verbal instruction to the students. The people will write in French or English, and often speak French in the workplace. The Grenades speak English to their children and then their school-age children speak Mauritian Creole at school. Becky said the friendliness and kindness of the people were a huge help as she learned Mauritian Creole. Even Pascal said he was a little rusty after living in America for so many years during his education. He said it was especially difficult to translate theological words. 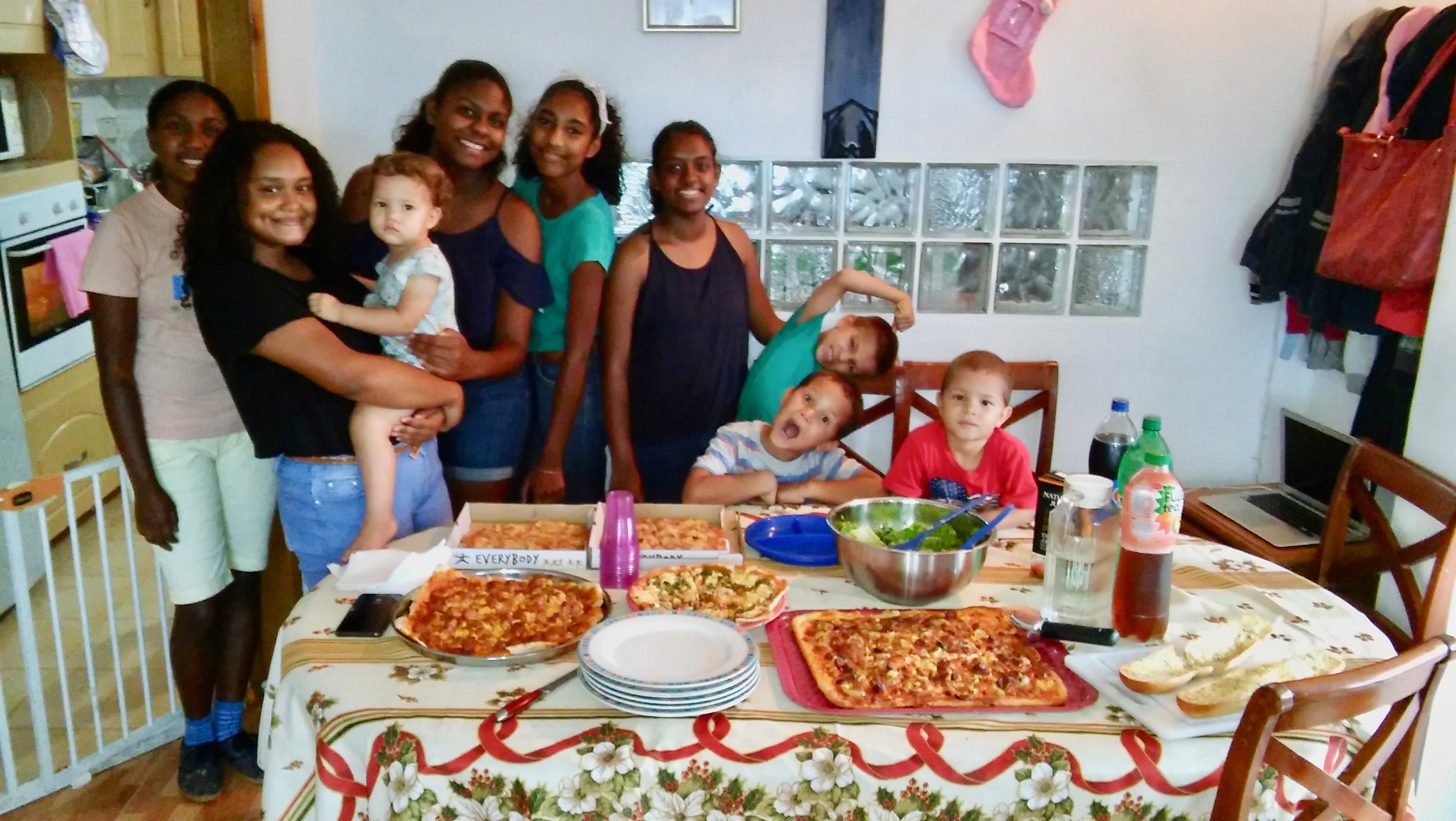 The youth group girls enjoying a meal at the Grenades

The Grenades' church is one of 5 baptist churches on the island. They originally thought about starting a church near the university in the center of the island, but in 2017 Pascal's Dad had a heart attack, so they decided to stay and continue helping him. Pascal leads the morning and evening Sunday services, mid-week meeting, a children's meeting on Saturdays, and the youth group. Becky enjoys keeping in touch with the church women and having the youth group girls for a sleep over occasionally since she isn't able to attend the youth meetings. Of course this was all before Covid-19, but just a few weeks ago they began meeting in person at church again.

In addition to being friendly, the Grenades said their neighbors on the island are extremely family-oriented. They strongly encourage their congregation to invite their family members to church since it's rare for a stranger to just show up. They've found that most of the new believers at church are related to a current church member. That is crucial since Mauritians are very religious, but a very small percentage identify themselves as Christians. Almost half the population practices Hinduism, followed by a quarter identifying themselves as Roman Catholic. There are also those who follow Islam and Buddhism.

Pray for the Grenades as they try to reach these people. They have outgrown their current rented faciltiy and need to look for a new place. They need to find land that's affordable and has water and electricity available, and that's not an easy task on the island. The Grenades are blessed to work and live among friendly people, but these friends are often lost. Pascal and Becky want to grow and maintain these friendships based on the truth of the word of God, like John 15:14: "You are my friends if you do what I command you."