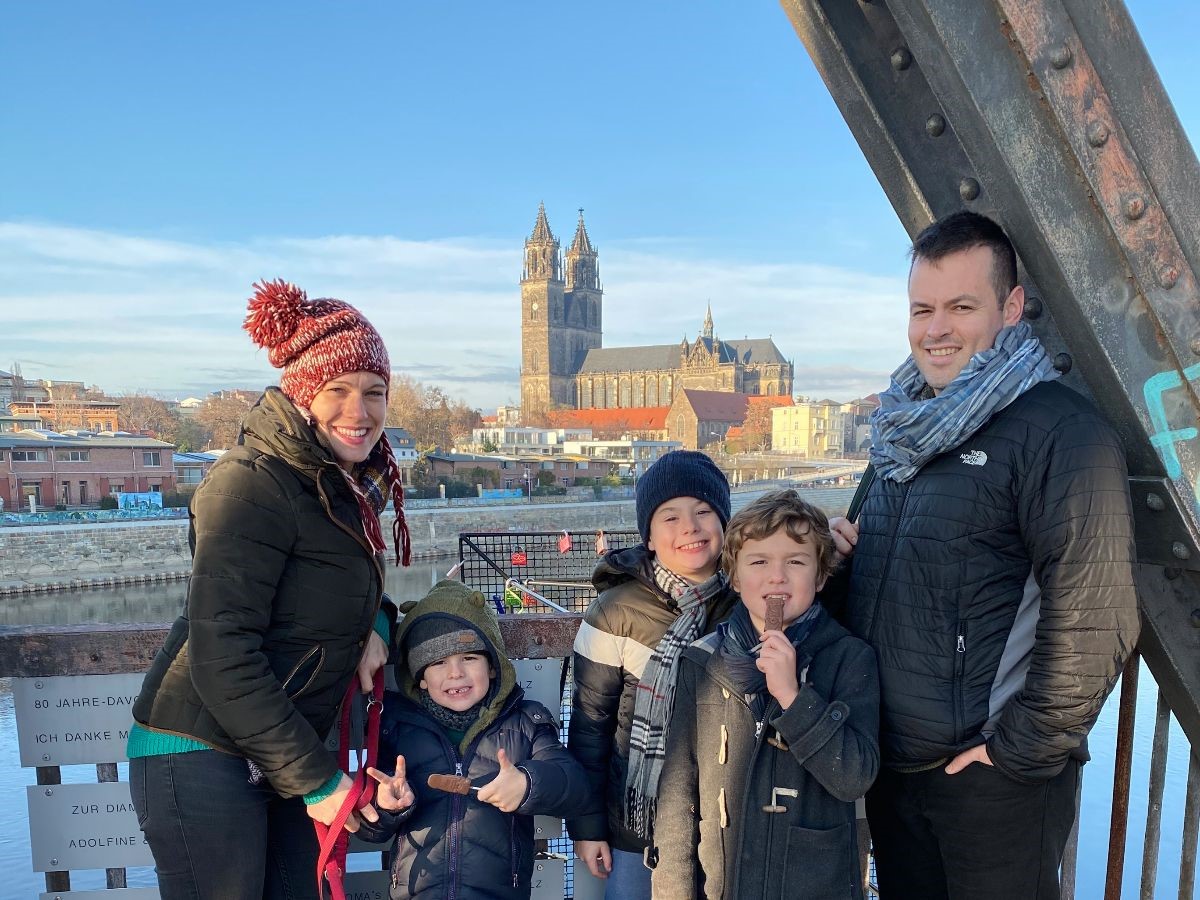 Mike and Jen Peters both wanted to be missionaries, but Mike was a little hesitant to actually take the necessary steps. So when he finished college, he looked for a position as a pastor in the States. He interviewed for three jobs, but wasn’t hired for any of them. That’s when he realized he needed to stop delaying and make plans to go to the mission field.

Both Mike and Jen grew up around Spanish-speaking friends in Illinois. When Spain came up in conversation, Mike literally googled “Christian missionaries in Spain.” He contacted three couples. In March 2011 the Peters took a survey trip to Spain. Two months later they quit their jobs to begin raising support. Three years later, they moved to Seville. Mike describes the area as the epitome of old world Spanish culture, including flamenco dancing and bullfighting. Mike and Jen took language classes for a year and a half. Because of its huge tourism economy, lots of people in Seville are bilingual. “This part of Spain is like the Florida of Europe,” Mike said. People move to Seville after retirement. Their church even has services in both English and Spanish.

The Peters first helped plant a church in Spain in 2016. Then two years later started their current church. Mike’s typical day includes personal devotions, prayer, study and preparation for the upcoming services. But he’s also back in school trying to complete a degree in counseling. “I want to be a better shepherd when it comes to counseling,” he said. The people he encounters share their feelings easily, but it can be challenging to know if they’re truly expressing how they feel or just venting.

Mike also needs wisdom to clearly communicate the gospel. Catholicism is still ingrained in the culture even though many don’t believe the church’s teachings. Mike said often the people participate in Holy Week because it’s a tradition and a way to hang out with friends and family. He said you have to really push them to consider what it means to be a Christian and what they think of Christ. It also takes patience because you have to take time to explain the gospel. “You have to really break through that sort of works-based salvation mentality that they have of earning their way to God and really press into grace and mercy,” Mike said. This even affects their relationships with the neighbors. Jen brought baked goods to their neighbors and within a half hour, the neighbors brought a gift back to them because they don’t like to be indebted. The teaching of unmerited grace is foreign. More patience is required as people want to talk about anything but the gospel to prove their point. They might bring up homosexuality or evolution. “You have to control the narrative and get the topic back on Jesus,” he said. You must get them to consider their world view and moral relativism. 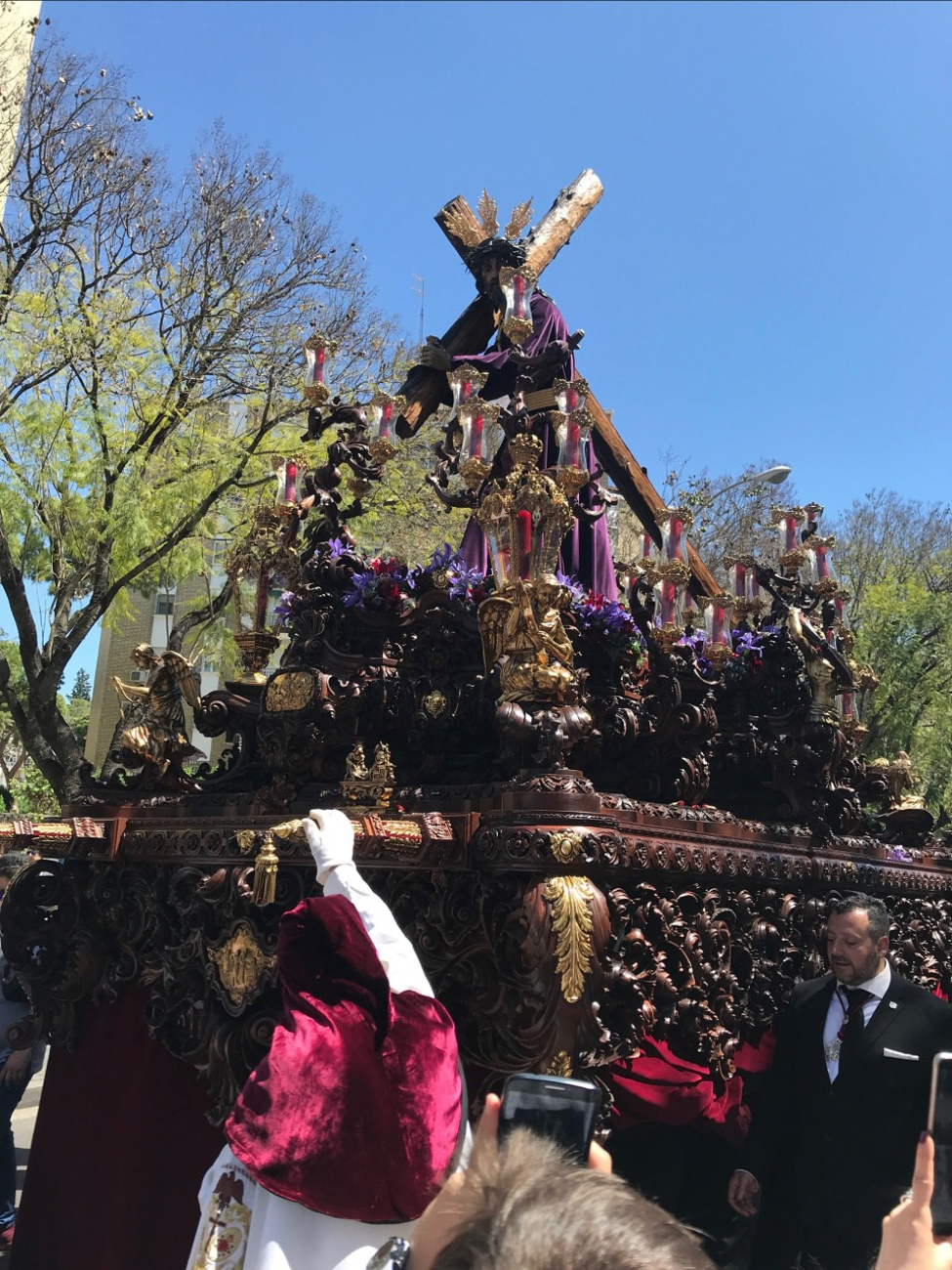 In addition to patience, Mike and Jen have learned that hospitality is another way to build relationships. “Our biggest evangelistic tool we’ve seen in our 6 years here has been our dining room table,” Mike said. “Inviting people into your home and breaking bread with them builds trust like you wouldn’t believe.” The people in Seville are social and love to get together. In these opportunities in the Peters home, they find that people are more transparent. 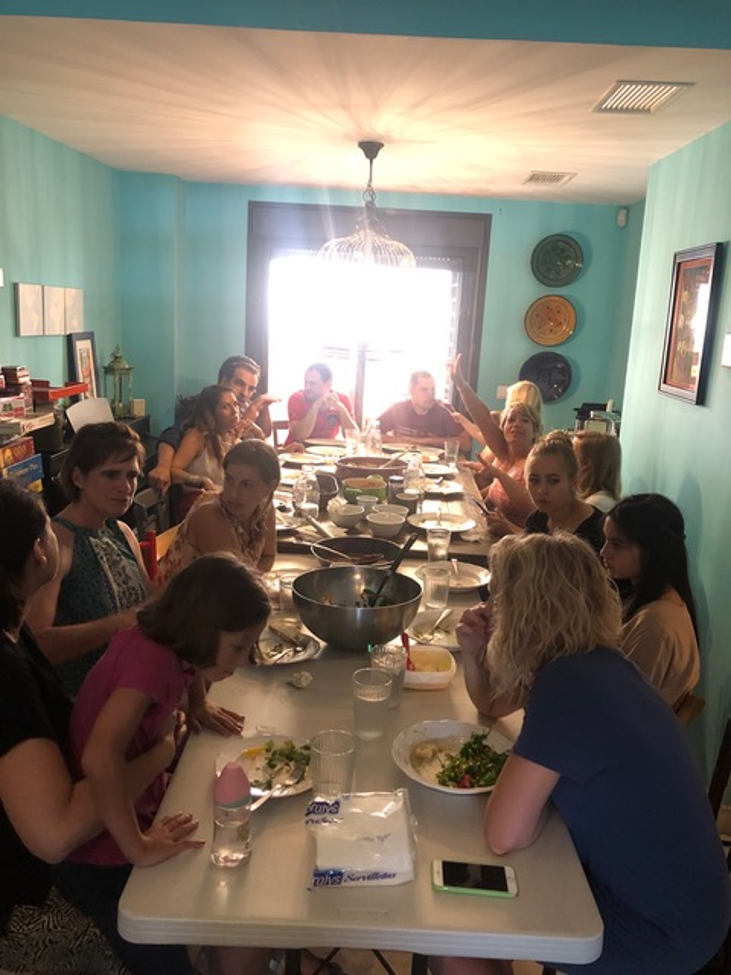 The Peters hosting a meal

Another way Mike and Jen have been able to reach their community is by teaching English. They teach about 150 neighborhood kids. “Literally now everybody in our neighborhood knows who we are. And we’ve been able to develop deeper relationships because of it that have led to some amazing opportunities to share the gospel,” he said. 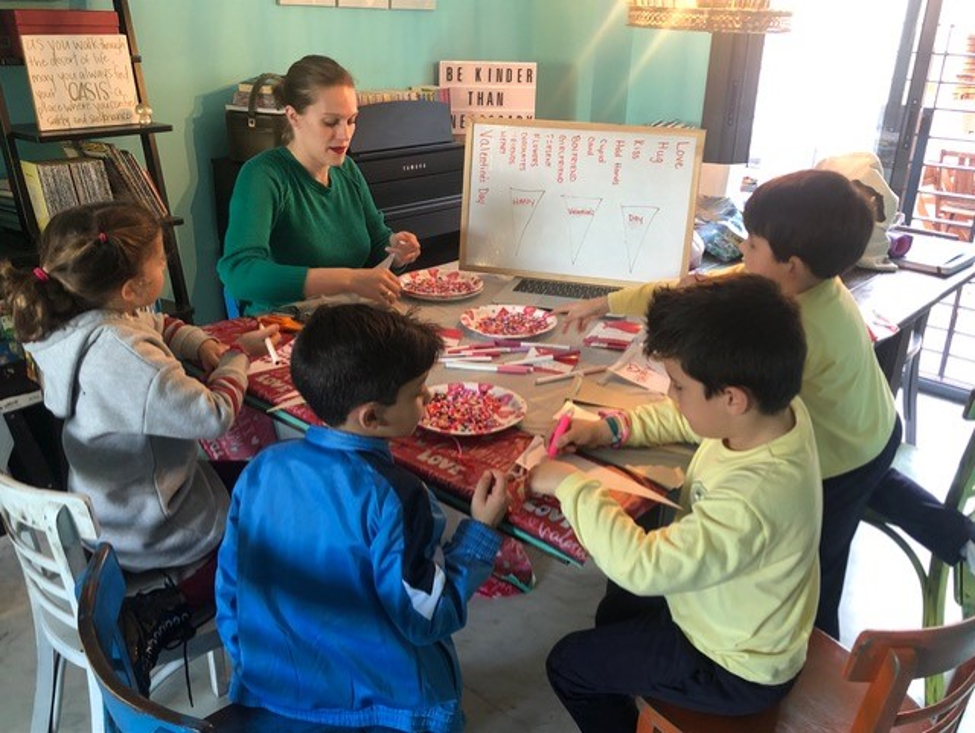 The Peters need prayer to continue to be patient, hospitable, and good teachers as they reach out to these precious souls. “God has used our living in this country to draw us closer to him. And see the centrality of the gospel in our lives versus all of the cultural Christianity we were used to in the US,” Mike said. They need wisdom as they expose religiosity and instead encourage the people to seek a personal relationship with Christ.