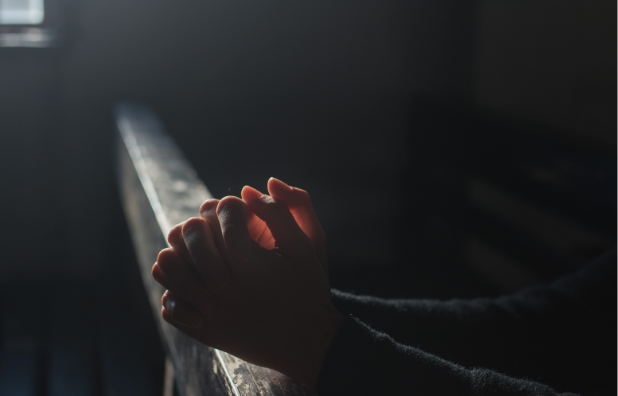 The Wollbrinks have always believed in the power of prayer. Whether praying about leaving America to go back to Peru or how many people they can feed during Covid-19, their story revolves around prayer.

Jason had been praying about missions as a teenager. In 2005, at 20 years old, he came to Peru to serve alongside a missionary. He met Johana who was already working in ministry and wanted to continue doing that. "We were both already on the path for missions and we joined together in it," Jason said. Those decisions and the decisions to come were made in prayer.

Jason and Johana got married in 2007 and stayed in America for 5 more years. Jason started his own business while he attended Bible college. They built a house. Things were going well, but they weren't sure if they should stay or go back to Peru after Jason finished school. Johana asked Jason to lead in this matter, and again, after much prayer, they decided to go back. Jason was led by the verse "For the gifts and the calling of God are irrevocable," Romans 11:29. But the missions agency they signed on with ended up shutting down. But they still felt confident God was answering their prayers to go back to Peru. "Sometimes you have to take the steps of faith in order to be led. As you move in obedience and faith the Holy Spirit guides you," Jason said. The Wollbrinks were able to join Global Faith, raise support, and arrive back in Peru in 2012.

They were able to start their church, Fuente de Vida, in Cieneguilla near Lima in 2015. They also started supporting three church plants in the city of Iquitos near the Amazon River. Prior to Covid-19, Jason would travel to Iquitos 3 or 4 times per year to help Pastor Jairo Torres train a group of pastors and a team of locals. In Cieneguilla, Fuente de Vida has had a lot of success discipling through online "courses" that cover different topics like biblical manhood. Jason said their basic discipleship course is called "Restoration." They are still offering these courses virtually while they wait on the government to allow churches to meet in person again.

But even while the church was closed, that didn't stop Fuente de Vida's ministry of prayer. Jason and the leadership of his church prayed for the provision of food to give out to hundreds of people in their community over the course of six weeks. Even though they didn't have the money, God answered their prayers. "We had people that I had never met before that sent in donations and God provided. We had a team that prayed for people. Every person that came through, we would pray for them," Jason said. Even though the church was closed, people were getting saved on the sidewalk right infront of the building as a result of this ministry. In the future the church hopes to deliver food to between 50 and 100 houses in the more needy areas of their neighborhood and use that as an opportunity to continuing praying for people and sharing the gospel.

The church is trying to meet the physical and spiritual needs of a country where three-quarters of the population describes themselves as Catholic. But Jason said many of the people he meets don't really practice a certain religion day to day. Those who do often combine several belief systems into one and may include ideas from witchcraft or mythology. Jason said he often encounters people who have a concept of God, but struggle to understand that they can know him personally. He said it's common that these people want you to listen to them and pray for them. "We have a ministry of prayer and we want to know how we can pray for your life." Jason said that's the way he often starts the conversation. "Most people are just waiting to be listened to," he added. Jason said if they are converted the biggest challenge is the follow up: getting them discipled and established in the faith.

The Wollbrinks are continually amazed by the power of prayer. That whether you're distributing food or just listening to someone, so many people want to be prayed for. That's how powerful prayer is. So pray for the Wollbrinks and alongside them, that their church would be able to re-open soon. And that God would continue to bless their ministry of prayer.